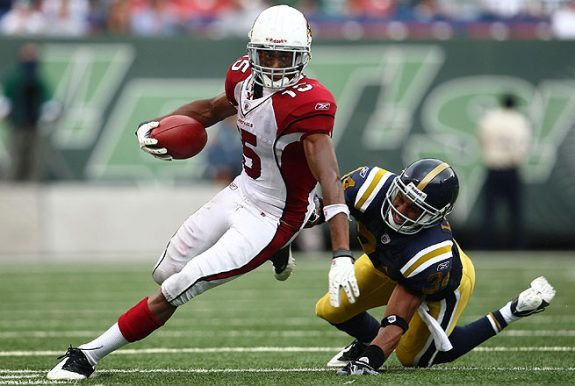 The Steelers went out and drafted a wide receiver in last weekends draft, but there’s still chatter that the team may bring in a vet to help the core.

Reports from John Clayton of ESPN say that the Steelers will use the cap space from Willie Colon and put it towards former Cards and Chiefs wide out Steve Breaston.

Colon’s money will come off the books for the Steelers on June 2nd, and that’s when you will hear the rumors about the Steelers coming to terms with Breaston.

The Steelers had Breaston in for a visit after he was released by the Chiefs, but he left without a deal of any sort in place.

Breaston had just 7 grabs for 74 yards last season, but two years ago had 61 catches for 785 yards and two scores.