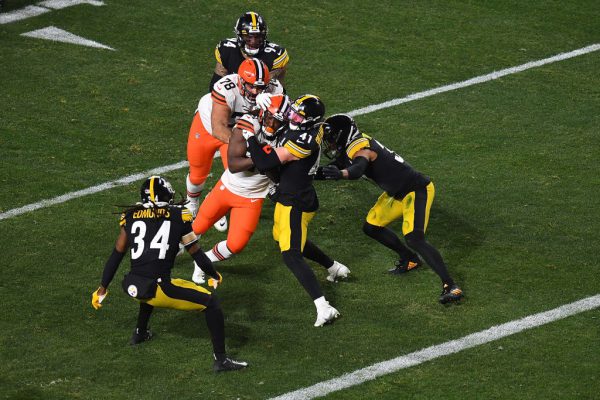 You should have known when Maurkice Pouncey snapped the first offensive play of the game over the head of quarterback Ben Roethlisberger into the end zone for a Browns touchdown that it was going to be a long night.

But no one expected it to be this bad.

The Steelers, a team that started out 2020 with a history making mark of 11-0, were flat out embarrassed by Cleveland, allowing them to build a 28-0 lead en route to a 48-37 loss that just that fast knocks the Steelers out of the postseason.

Five turnovers, four of which came on Roethlisberger picks, a defense that allowed 390 yards to a very beat up Browns team, and mistake after mistake made the night painful to watch for Steeler fans around the world.

This team simply wasn’t good enough, and this organization had better take a very hard look at what took place dating back to December 7th when they suffered their first loss of the season against a mediocre Washington team at Heinz Field.

Starting with that loss the team went 1-4, and truthfully played one decent half of football, that being the second half against the Indianapolis Colts that allowed them to rally to win the AFC North.

The fact that Roethlisberger threw for 501 yards with four scores means nothing, the team still couldn’t run the ball (James Conner led the team with 37 yards on 11 carries) and the defense folded like a deck of cards when they needed to get a turnover or a big play from that unit.

Cleveland rushed for 127 yards (4.1 yards per carry) which was enough to keep the Steelers defense honest, and they failed to get to Baker Mayfield once the entire night.

The blame for what could possibly be the biggest choke job in team history in the postseason has to start at the top.

The club can’t overlook their shortcomings, and they have plenty of tough decisions to make this offseason, with the coaching staff having to take a very long look in the mirror before pointing fingers at players.

For now, it’s another massive letdown, much like the one that took place in January of 2018 against the Jaguars in a 45-42 loss, and another in January of 2012 when they let Tim Tebow beat them in Denver after a 12-4 regular season.

Brace yourself for a long offseason Steelers fans, this one is going to sting for a long, long time to come.