Steelers Not Likely to Face Dalton Sunday in Dallas, Who Starts for the Cowboys? 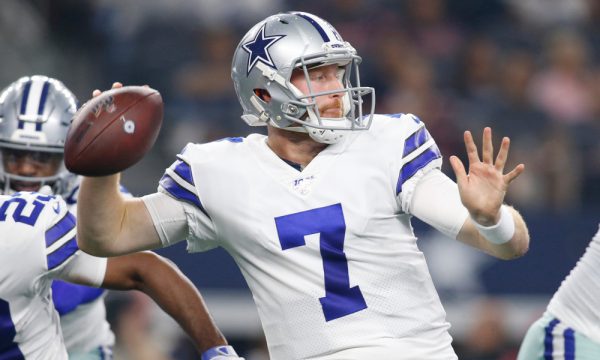 The Steelers will travel to Dallas Sunday to wrap up their three-game road swing against the Dallas Cowboys in Jerry’s World, otherwise known as AT&T Stadium.

Dallas is in the midst of an awful season, as they sit at 2-6 entering action on Sunday, coming off a prime time loss to the Eagles on Sunday night football.

The Cowboys have lost their quarterback in Dak Prescott, and now they are without backup Andy Dalton, who was hit hard with a concussion a few weeks back, and now Dallas Morning News reporter David Moore says that Dalton is going on the Covid-19 list.

DiNucci could play better given another week of practice, but as Moore points out, there’s another option on the roster in former Central Michigan quarterback Cooper Rush.

Not sure everyone should assume rookie Ben DiNucci will be handed his 2nd start in this game.

Cooper Rush has a better understanding of offense than any QB in the room at the moment.

Garrett Gilbert has been in the league off & on for 6 years. https://t.co/JrfavokEds

Rush has been back and forth between the Cowboys and New York Giants, and was brought back to Dallas on October 30th and assigned to the team’s practice squad.

No matter who lines up under center, the Steelers are going to be massive favorites, but as of now the game is off the board until Dallas decides who plays at QB.