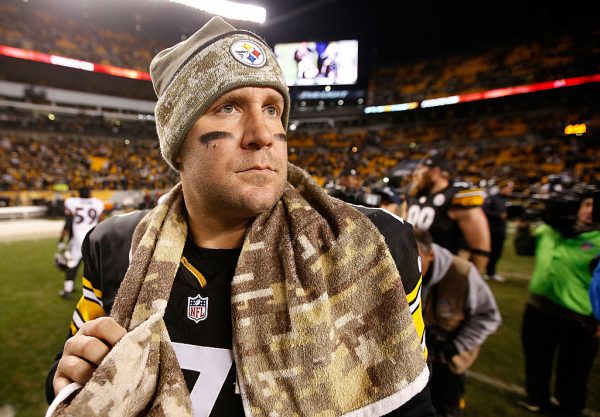 It’s already been an interesting offseason for the Steelers, who have had to come up with how they are going to handle the quarterback spot with Ben Roethlisberger, and what other key players may or may not come back to the roster.

After starting a franchise best 11-0, the team simply fell apart, with losing four of five down the stretch and then failing in the team’s home playoff game against the Browns 48-37.

There seemed to be a PowerPlay once the offseason began, as the team quickly parted ways with offensive coordinator Randy Fichtner, and then the team had to figure out the future with Roethlisberger and his $41 million that would count against the team.

The club met with the quarterback last week, and was able to come to terms that seem to make it out that he’ll be back as the starter in 2021, but the club still has plenty of other critical decisions to make when it comes to their roster and how they are going to look to rebound for next season.

The club has 25 pending free agents, with important players on both sides of the ball that the team would like to bring back, but likely won’t be able to afford.

Here’s a couple players that the team has to make some important decisions on for 2021:

C J.C. Hassenauer – With the retirement of Markuice Pouncey, the team needs a center, and Hassenauer is just 27 years old and could fit the mold – if the team thinks he’s good enough.

T Zach Banner – The O-line struggled bad last year in trying to open holes, and Banner’s injury was a big reason why. He’s been posting on social media that he’s ready to go for 2021, but that the team just needs to get him a new deal.

WR JuJu Smith-Schuster – No doubt that JuJu has been public about wanting to come back to Pittsburgh, but his off the field antics might get in the way of the team giving him a big deal. The Steelers have always drafted well when it comes to receiver, and if they allow JuJu to walk, they will no doubt look to the draft for a replacement.

DE Tyson Alualu – He is 34 years old, but played at a high level last year, so it wouldn’t be a shock to see him get at least a solid offer from the Steelers to remain a part of the team’s defensive line for 2021 and possibly beyond.

S Jordan Dangerfield – Probably not a great candidate to return, but the pass defense was better and he was a big part of it in the nickel and dime. He’s 30 so age is a factor, but we will see if he’s willing to take a smaller offer to stay in Pittsburgh.