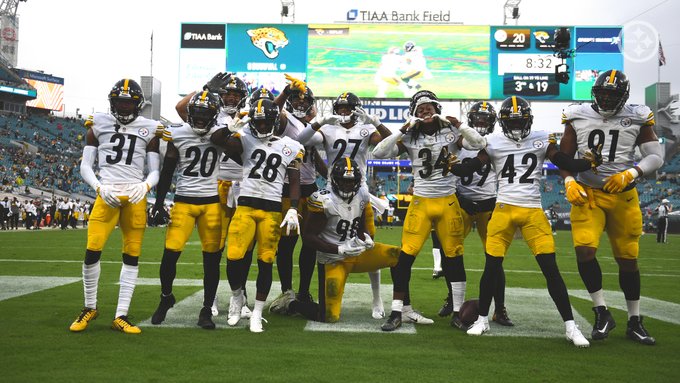 Without a doubt, the AFC North is the best division in the NFL. Most divisions aren’t even close. Teams like the Pittsburgh Steelers, Ravens, Bengals, and Browns are great with tactical coaches and players. Each of these teams is close in proximity to each other. Due to this closeness, it’s easier for the teams to compete against one another every year.

Brief History of the AFC North

The AFC North is a top division in the American Football Conference in the NFL. After the restructuring of the 2002 NFL season, the division came to light. Note that the restructuring involved a realignment of the leagues into various divisions due to a 32 team expansion. The AFC North also remains the only division where no squad hosted a Super Bowl in their stadiums.

In the 2000s, the Ravens won the Super Bowl XXXV. Ray Lewis led the team’s defense, making it one of the best defenses in the history of the NFL. In 2008, the Steelers became the pioneer team to repeat as division champion since the 2002 realignment. Baltimore also repeated as division champions for two years (2011 and 2012) and won the Super Bowl XLVII over the 49ers

In 2015, the Cincinnati Bengals became the first team to start the year 8–0 and finish 12–4. The Bengals had a history of winning the division for the second time in three years with that record. After a 31–27 win over the Steelers, the Bengals won the division title in 2016.

One of the most recent wins was that of the Steelers in 2020. Other teams in the division like the Ravens and Browns made the playoffs as fifth and sixth-seeded wildcards.

Without a doubt, the division is so good today due to the defensive capacity of all four teams. The AFC North also has an outstanding record outside the division.

Predictions for the Upcoming Season

For the upcoming season, three teams out of four stand a chance of making the playoffs. Hence, any team, including the Baltimore Ravens, Cleveland Browns, Cincinnati Bengals, and Pittsburgh Steelers, have good prospects.

According to predictions for the upcoming season, all four teams have different abilities and chances of winning the division or making the playoffs. With the help of Ravens quarterback Lamar Jackson, they stand a chance of maintaining an impressive performance. Jackson is the starting quarterback of the team and also the leading rusher. The team’s previous records show impressive stats of compiling two of the three major rushing seasons in NFL history.

For the Cleveland Browns, making the playoffs hasn’t been an easy deal since 2002. However, the team’s 24–22 win against the Steelers seemed to cause a turn of events for the squad. If the Browns maintain a good play, they stand a chance to make the upcoming season playoffs.

One of Zac Taylor’s top considerations should be splitting each series with other division teams. Keeping up with the other rivals in the division may help Zac and the team’s chances to make the playoffs.

Odds the Steelers will win the Division or Make the Playoffs

The Steelers have always proved their ability to make the playoffs. The team’s performance in recent games between 2020 and 2021 is impressive, and winning the division wouldn’t surprise fans. Records show the team’s history of remarkable performance, especially in the 2015 and 2016 playoffs.

Before placing bets this season, check out Sidelines.io for more odds comparison and a deeper analysis of the Steelers’ history. It’s best to make data-driven predictions over just placing bets on favorite teams.

Bet on Major Teams in the AFC North

As the NFL’s best division, placing wagers on teams in the AFC North will yield reasonable outcomes. All four teams in the division have their strengths and weaknesses, but capitalizing on expert predictions always helps. Look out for Mike’s Steelers in the upcoming season, primarily due to his significant upgrades and additions to the team.