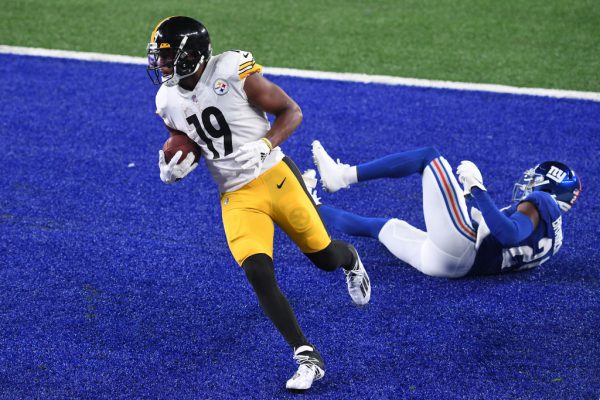 In a shocking move that not many saw coming, the Steelers and wide out JuJu Smith-Schuster came to a one-year deal Friday, keeping him with the Steelers.

Reports are already circulating that Smith-Schuster turned down more money to go play for the rival Ravens.

Sources tell me these were the other offers

Coming off a season in which he caught 97 passes for 831 yards and nine scores, the pass catcher made it known to anyone that would listen that he’d like to stay in Pittsburgh, and finally the two sides were able to agree on a deal.

The wide out was clearly happy Friday afternoon when it became official that he was coming back for a fifth season with the organization.

This is my home, they’re gonna need a wrecking ball to take me outta here! PITTSBURGH I LOVE YOU, LET’S GO!!!!! ???? pic.twitter.com/SPFvCLUmFl