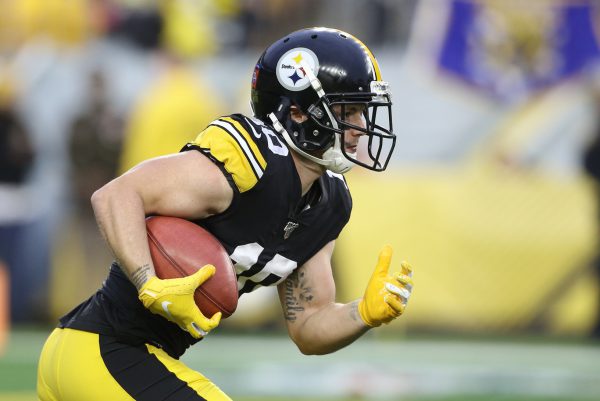 It was a bittersweet day for a number of Steelers on Saturday, as they said good-bye to the dream of suiting up (some again) for the black and gold as the team got down to 53 players in time for Monday night’s game in New Jersey against the New York Giants.

The biggest name on the list has to be Switzer, who was a fan favorite and a player who seemed to overcome the odds each season to stay on the roster.

Switzer had just eight grabs last season after 30 in 2018, but a lot of that could be the fact that Ben Roethlisberger was on the sideline for all but one and a half games in 2019.

The wide out only played 81 snaps in 2019, so the writing was on the wall that it was going to be tough for him to make the roster.

Daniel McCullers was probably the other somewhat surprise cut, as the 28-year-old came into the team’s training camp as the only experienced nose tackle.

Defensive ends Tyson Alualu and Chris Wormley took a number of reps at the position, and another player who moved up the chars was that of rookie Carlos Davis.

A lot of things can still happen to the Steelers roster before next Monday, as they will have to ink players to the practice squad, and they also will look around the league at other teams’ cuts and see if there’s any players they would like to bring in.

Should the Steelers Go After Waived RB Leonard Fournette?
Steelers and Cam Heyward Agree to Five-Year Deal Through 2023