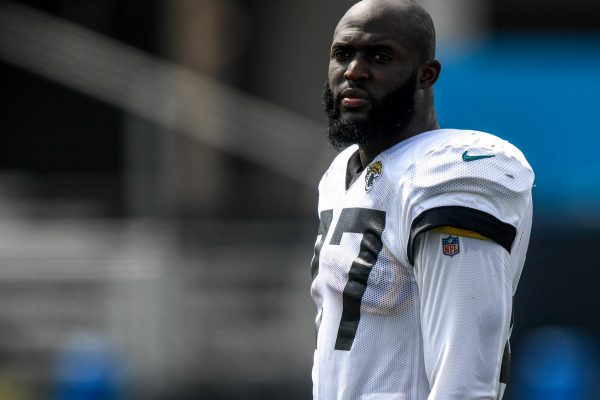 The Jacksonville Jaguars pulled off somewhat of a stunner on Monday, as the team went ahead and waived third-year running back Leonard Fournette.

The Jags are in total tear down and rebuild mode, as after their disappointing season in 2019 the team has traded or gotten rid of most of the players from the Tom Coughlin era.

The team shopped Fournette around, but coach Doug Marrone confirmed Monday the team found no takers, not even for a 5th or 6th round draft pick in return.

So now that Fournette is on the free agent market, should the Steelers, who were rumored to have some interest awhile back on the running back, take a flier and sign him?

Fournette has two 1,000 yard rushing seasons already under his belt, and maybe a change of scenery is all that he needs to develop into an elite back.

The Steelers know all too well about turning unhappy running backs into stars, they did it once with some guy named Jerome Bettis back in 1996, and all he did was rush his way into being a Super Bowl champion in 2005 and eventually having a bust in Canton, Ohio.

Now the idea that Fournette will come in and do that is a little crazy for sure, but the team really could use another back with the injury history of James Conner, who will be the starting running back come opening night against the New York Giants.

There will be more than one team with interest in Fournette, which means it could come down to a bidding war, which isn’t something that the Steelers want to get involved in.

Pittsburgh pulled off a similar deal a few years back when the Browns dumped cornerback Joe Haden, only to see him land in Pittsburgh and continue to have a stellar career.

Where Fournette wants to play is also going to factor in, as while he is going to want to get paid, he also has the keys to the car to what franchise he wants to play for.

If the Steelers show interest, it could be interesting to see if the team does go after him and if he fits the club’s system.