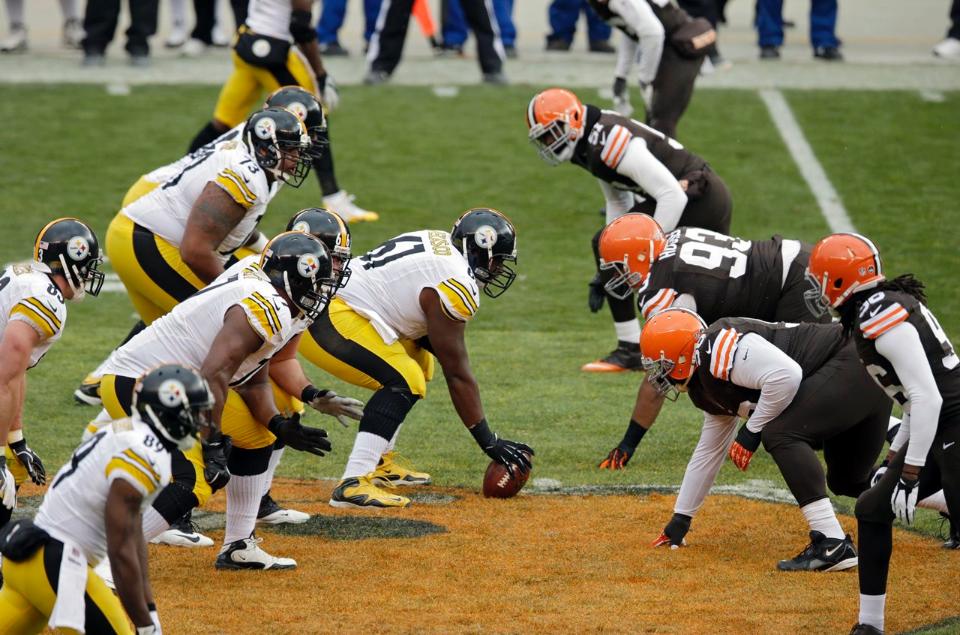 The Steelers have one more meaningless game ahead of them Sunday as they play host to a team on a winning streak – the Cleveland Browns. Yes, the Browns come into Heinz Field Sunday on a one-game winning streak, their only winning streak of the season as they finally got into the win column on Saturday at home last week with a win over the pretty awful San Diego Chargers.

The Browns have been a mess all season, but they will get a chance at 2-14 as they take on mostly the Steelers backups with the starters getting a chance to watch from the sidelines with a home playoff wild card game next week against either the Dolphins or the Chiefs.

Not much is on the line, but it would be nice to see the backups beat the Browns to end the regular season on a seven-game win streak and end the 2016 regular season at 11-5.

Here’s some keys to the game along with our final regular season prediction of the season.

1. Keep RG III in the Pocket

Browns starer Robert Griffin III hasn’t been very good this season, but last week did a decent job against the Chargers before he left the game early in the fourth quarter with a concussion. If the Steelers are going to win, they need to keep him from running, as he’s at his best when he’s able to avoid pressure, step up and run. While it will for sure be some backups on defense, it would be great to see the Steelers D send a message heading to the playoffs knock Griffin around and force him into some mistakes.

DeAngelo Williams and Fitzgerald Toussaint are going to have a chance to have a big game against the Browns, and both should have plenty of chances to have a big game, as the Browns defense is ranked 31st overall in the NFL, and is second to last in the NFL allowing 147 yards rushing per game. Look for the twosome of the Steelers backfield to get a lot of touches, and knowing the injuries that have killed this team the last two years in the playoffs, it will be a welcome sight to see both guys get chances to get their legs if needed for the playoffs starting next week.

It’s fairly obvious that some of the starters are going to have to take the field even for a few plays or quarter in this game, and if there’s one thing you don’t want to do in this game it’s get hurt. The Steelers have been on the cusp of playoff runs the last two seasons, but the last two years have been seriously derailed by injuries. They lost Le’Veon Bell two years ago in the finale against the Bengals, and last year they lost DeAngelo Williams in the last game against Cleveland. It’s smart for Mike Tomlin to keep a lot of the big names out of this game, but here’s a big wish this team doesn’t suffer any injuries that could hurt them going into the wild card game next weekend.

Prediction – It’s hard to have a real feel of this game since you know most of the Steelers starters will have the day off. Give the Browns credit, no matter how bad they are, and trust me they are bad, they have played hard all season, and will do the same here in this season finale. I think a motivated Landry Jones and the Steelers run game will have another big day on offense against Cleveland, and look for the defense which has done nothing but play well for the most part in this win streak get to Griffin and maybe even knock him out of this one. Pittsburgh 27 Cleveland 17