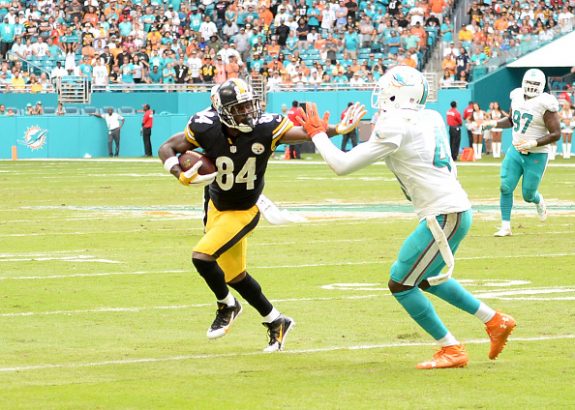 The Steelers first round playoff opponent is set, as the team will take on the Miami Dolphins, who will be the sixth seed in the AFC following their loss to the New England Patriots on Sunday in Miami.

The game will be played either Saturday or Sunday at Heinz Field, that announcement should be made Sunday evening by the NFL.

Miami beat up the Steelers 30-15 in South Florida back on October 16th in a game which saw Jay Ajayi run for over 200 yards on the Steelers. That game was the first of four straight losses for the Steelers which saw them at one point drop to 4-5.

The game also saw a knee injury to Steelers QB Ben Roethlisberger, an injury that forced him to miss one game after he had surgery.

It’s not known for sure if the Dolphins will have the services of quarterback Ryan Tannehill who has missed the last three games with a sprained ACL and MCL.

In that first game against the Steelers he was 24-for-32 for 252 yards. If the usual Dolphins starter can’t go, Matt Moore will play quarterback for the Dolphins in his place.