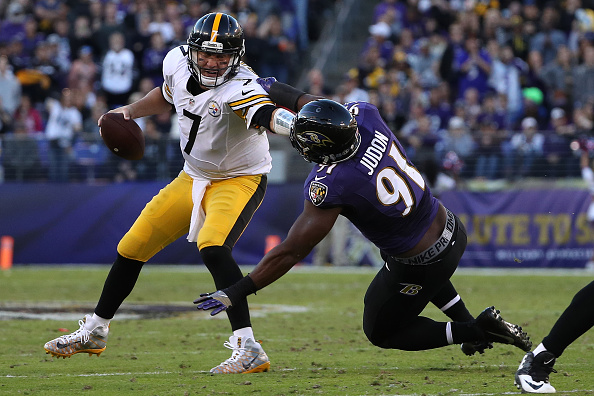 The Baltimore Ravens were the undisputed kings of the AFC North in 2019. But with the other three teams in the division poised to improve this season, can the Ravens remain on top of the division in 2020? We will dive into the NFL spreads for each team to win the division below and give our best bet for where to wager your money.

Fresh off a 14-2 campaign last season, the Ravens are -225 favorites to win the AFC North in 2020, according to DraftKings. Baltimore is also +650 to win the Super Bowl, the second-best odds behind the Chiefs. Those odds shouldn’t come as a surprise after Lamar Jackson answered all questions and then some last season. After he passed for over 3,100 yards and 36 touchdowns while rushing for over 1,200 yards, it’s now up to opposing defenses to figure out how to stop him.

Meanwhile, the Baltimore defense was responsible for more of the team’s success last year than most people realize. The Ravens allowed just 17.6 points per game in 2019, albeit with help from an offense that controlled possession. In any event, additions like Derek Wolfe and Calais Campbell could make the Baltimore defense even better in 2020, helping them remain on top of the AFC North.

After going 2-14 last year, things can only get better for the Bengals in 2020. Cincinnati has +15000 Super Bowl odds, the second-worst in football, while they are +2500 to win the NFC North. Whether the Bengals can surpass those meager expectations will depend largely on the play of first overall pick Joe Burrow. One big advantage for Burrow is he’ll have A.J. Green at wide receiver. With Green and John Ross healthy and rookie Tee Higgins in the mix, Cincinnati’s receiving corps could be something special.

Of course, the Bengals still need to show considerable improvement defensively and along the offensive line. If Joe Mixon is bottled up like he was last season, Burrow won’t have time to get the ball to his receivers. Meanwhile, the Cincinnati defense doesn’t look ready to carry the team. However, the Bengals could improve on that side of the ball if the offense can provide a little support.

High expectations were one of Cleveland’s many enemies last season. But the Browns are back to being overlooked in 2020 with +550 odds to win the division and modest +4000 Super Bowl odds. The biggest question is what version of Baker Mayfield will we see. The one that flashed huge potential as a rookie in 2018 or the one who threw nearly as many interceptions as touchdowns in 2019? The Cleveland offense has potential, but only if Mayfield can cut down on his mistakes. The Browns may be the underdog consensus pick for the division this season, but they will need a big bounce back year to make it happen.

The Cleveland defense doesn’t look too bad either. Despite his suspension late in 2019, Myles Garrett is one of the best pass rushers in the NFL. If he can behave himself, the Browns could have one of the best defensive lines in the league. That will help to hide some of their issues on defense, including a young crop of linebackers that could get pushed around.

The Steelers will be happy to hit the reset button after playing most of 2019 without Ben Roethlisberger. In 2020, they are +2500 to win the Super Bowl and +350 to reclaim the AFC North from Baltimore. Of course, it’s fair to ask questions about Roethlisberger. Not only is he coming off elbow surgery, but he’s also 38 and doesn’t move the way he did in his early days. Plus, the rest of Pittsburgh’s offense looks different than it did a couple of years ago. Outside of JuJu Smith-Schuster, Pittsburgh’s skill players have much to prove. If we have learned anything over the past decade though it is that the NFL experts rarely like to bet against Big Ben, will this year be his swan song, or his comeback season?

The silver lining for the Steelers is they were outstanding on defense last season. It was the reason the team went 8-8 despite playing with a couple of backup quarterbacks. The secondary looks outstanding, the linebackers can get after the quarterback, and the defensive line remains solid. The Pittsburgh defense will surely keep the Steelers in games this year, which means it’ll be up to Roethlisberger and the offense to decide whether they’ll be better than average or just another 8-8 team.

Video: Steelers Top Rams 17-12 Thanks to a Stellar Day From the Defense
Why We Should Show Our Favorite Sports Teams Some More Love