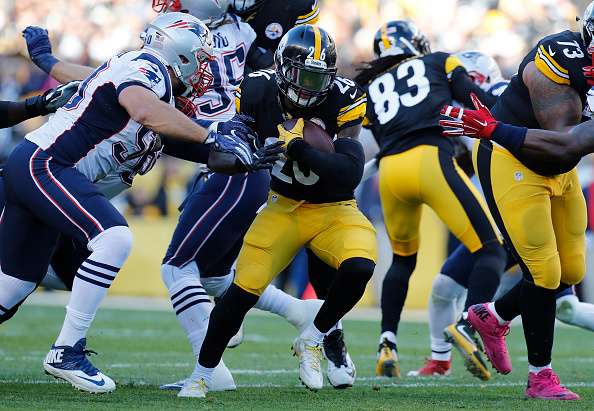 Today, it’s another step forward as the Steelers face the team that has dominated them over the years, stamping their way to the Super Bowl twice against them, the New England Patriots.

The stories of the past failures have already been retold a number of times, but today the Steelers and for most of their roster can put those failures in the past with a win over Tom Brady to advance to their ninth Super Bowl.

Here’s the keys to how the Steelers can do it, and if they will and we’ll still be talking about a Super Bowl bound Steelers team or another offseason of ‘what ifs’ and looking forward to the 2017 campaign.

1. Be Super Careful with the Ball

Last week the Steelers survived the Chiefs despite what could have been a game-changing end zone pick, but today those types of turnovers could easily be the reason the Steelers on the short end of the stick. Look at losses to the Pats in the past, more so the title game losses, and New England always owns the edge in the turnover battle. When the Steelers have beaten New England (and it’s not much), it’s usually the other way around, it would be nice to shorten the fields a little with a couple freebies thanks to some big plays on the Steelers defensive side of the ball.

The Patriots were very good during the season allowing 88.6 yards per game on the ground, 3rd best in the NFL. Le’Veon Bell has been on a mission this postseason, shattering records and hopefully he can duplicated that again tonight. It will start up front with the line, something that the Pats will surely stack to stop Bell and force Ben to throw early and often. Look at how some of the better NFL backs have fared against New England this year – David Johnson (89 yards, 1 TD), Jay Ajayi (14 yards game one, 59 yards game two), Lamar Miller (80 yards), LeSean McCoy (70 yards), Bell (81 yards). It’s hard to think about Bell having the same yardage he did in the first two playoff games, but the Steelers O-line having a big night could help take the pressure off Ben and company.

If you give Pats QB Tom Brady time to throw, he’s going to pick you apart, and the Steelers have had to watch him do that over and over in the past. Brady through can be rattled, and the pressure up and middle and from the outside can help that. The Pats run a rhythm-based offense, and if you can disrupt that offense, that’s when things can swing the way of the Steelers. You saw last week when Alex Smith had time, he was often able to find guys, but when he was pressured, he was unable to make plays. Do that to Brady, and it by far gives the Steelers the best shot to win.

Prediction: I felt the Steelers last week would have issues with the weather, and therefore the Chiefs would sneak by. The good news this week is the weather won’t be much of an issue, but the Patriots at home are very very tough to beat, and Brady’s past against the Steelers should give him a ton of confidence in this game. Look for Julian Edelman to have a big game, and I can see both backs LeGarrette Blount and James White making an impact. I like the swagger of the Steelers over their last nine games after the loss to Dallas, but unless this offense can find a way to score 35, I think New England again breaks the heart of Steeler fans everywhere and they move on to play the Packers in two weeks. New England 34 Pittsburgh 24