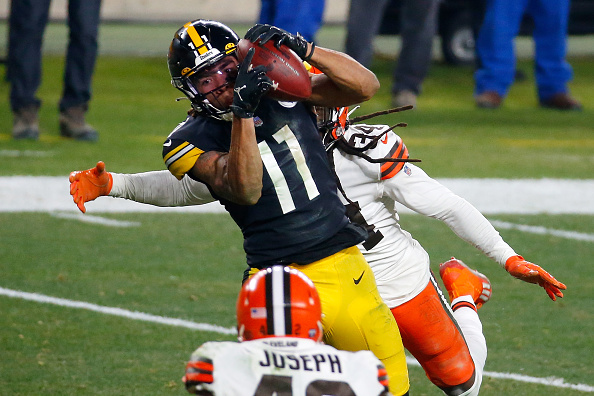 It’s all about the primetime games.

Despite the end of a season that saw the team go from 11-0 (a franchise record) to losing games to Washington, Buffalo (on a Sunday night prime time), Cincinnati (many felt that was rock bottom), and then after clinching the AFC North with a comeback win over the Colts they dropped the finale in Cleveland, setting up a huge upset wild card loss to the Browns to end wild card weekend, the team is going to get its share of televised love in 2021.

The Steelers 2021 regular season campaign was released Wednesday evening, with four prime-time games as well as games on Christmas and New Year’s Day.

Pittsburgh kicks off its season with a trip to Cleveland’s First Energy Stadium, as they will play in a grudge match against Baker Mayfield and the Browns.

Mind you Cleveland has won just ONE game since they returned to the NFL in 1999, but the excitement level around the Browns puts a 1-0 start in very much jeopardy.

After that the black and gold will host the Denver Broncos (5-11 in 2021) before they travel to Ford Field in Detroit to play the Lions in what will be their home opener and opener at home for new head coach Dan Campbell.

The Steelers regular season schedule wraps up with consecutive games at home for the Steelers against the Las Vegas Raiders and coach Jon Gruden, and a final week battle with potential league MVP Russell Wilson and the Seattle Seahawks.

You can check out the full Steelers schedule below:

As you might imagine, people are going to be chomping at the bit to get their hands on Pittsburgh Steelers tickets after being stuck at home for the past year, especially with some of the great matchups they’ve got this season. Tickets are sure to go quick, but not to worry, as we’ve got you covered!

Steelers Gab has partnered with MegaSeats.com, an online ticket reseller that offers up great NFL tickets. Unlike other sites out there, the price you see here is the price you pay, there are no service fees or anything like that. And you can save 10% by using our site exclusive discount code SPORTSGAB during checkout.

Here’s hoping that the Steelers go all the way this season!