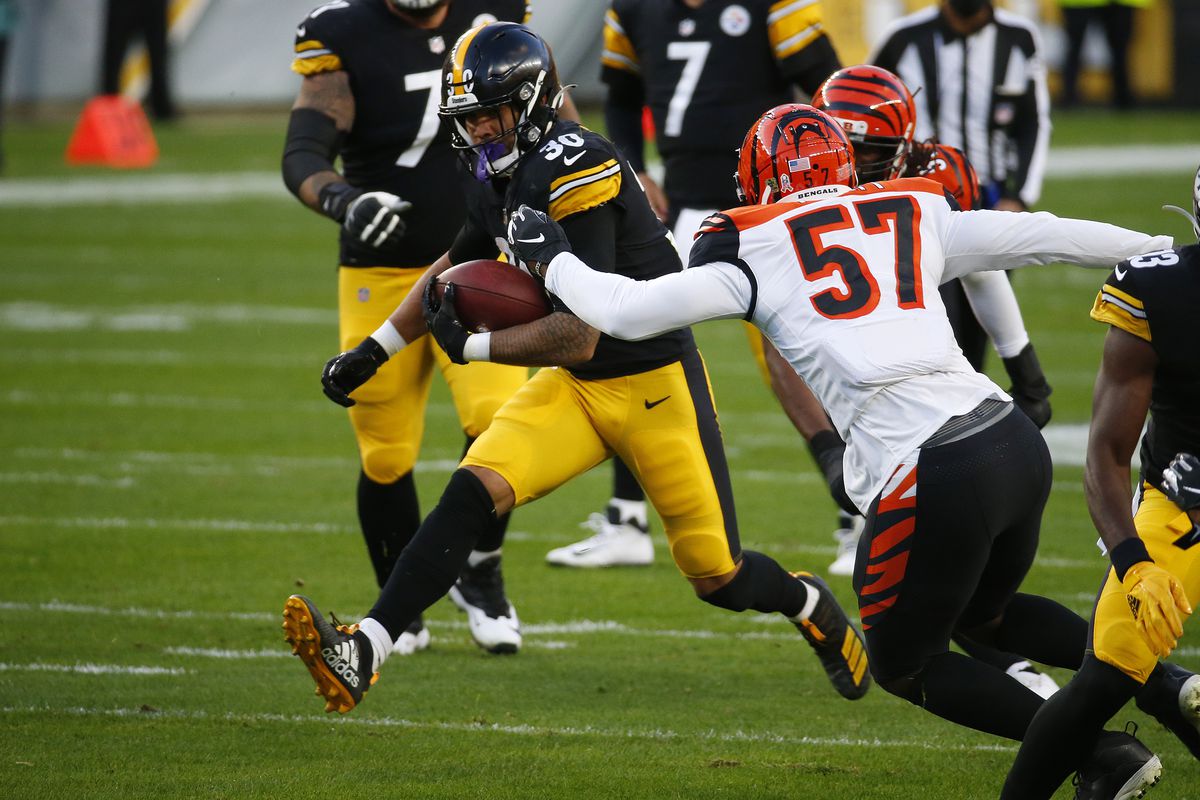 NFL free agency kicked off earlier this week, and the Pittsburgh Steelers (who have the most cap space that general manager Kevin Colbert can remember) have been busy, working to balance keeping their own talent in house, while also restocking with outside help to remain competitive in a loaded AFC.

Free-agent quarterback Mitchell Trubisky, who formerly played in the QB position for the Bills and Bears, joins the Steelers roster in a two-year, $14 million deal (but that number could rise to a maximum value of $27 million with incentives).

Trubisky, a former No. 2 overall selection, spent last season in Buffalo behind Josh Allen after four years as a starter in Chicago. Trubisky is excited about his move to Pittsburgh, and told his agent that “They didn’t really have to make a pitch to me or sell me on anything. This is where I wanted to be, play for coach [Mike] Tomlin, be a part of the rich Pittsburgh Steelers history and contribute to that.”

It should be interesting to see how Trubisky fares against Mason Rudolph and Dwayne Haskins, as all three compete for the starting job in the post-Ben Roethlisberger era.

The Steelers had a big need for an inside linebacker, someone to pair with former top-10 pick Devin Bush, and they found one in former Jacksonville Jaguars linebacker Myles Jack with a two-year, $16 million deal. He’s on the pricier end of the Steelers’ free agency acquisitions, but he’s worth it. Not only can he play both inside and outside linebacker, he’s also just 26 years old with six seasons of NFL experience under his belt.

Guard James Daniels just got signed to a three-year, $26.5 million deal as the Steelers look to beef up their offensive line this offseason. Steelers GM Kevin Colbert was frank in his end-of-season analysis last month, regretting not signing an additional offensive lineman prior to the 2021 season. This year, he’s clearly not making that same mistake.

After the departure of Ray-Ray McCloud, the Steelers needed a wide receiver to fill that hole, and they’ve done so by signing Gunner Olszewski to a two-year, $4.2 million deal. While Olszewski doesn’t have the same upside as McCloud as a receiver, it gives the Steelers another reliable player on special teams and someone who can make things happen in the return game.

The Steelers signed Montravius Adams off the New Orleans Saints’ practice squad in late November, and he provided an instant boost to the run defense as a solid nose tackle, and that paved the way for him to score a two-year, $5 million contract with the team. It’s a small price to pay, with a lot of upside potential, so it was a smart move on Pittsburgh’s part.

With both Joe Haden and Ahkello Witherspoon hitting free agency, the Steelers needed to sign someone at cornerback, and Levi Wallace filled the hole nicely, locking in a two-year, $8 million deal. Wallace will be the fourth Alabama player on Pittsburgh’s roster, joining Minkah Fitzpatrick, J.C. Hassenauer and Najee Harris.

The Steelers agreed to re-sign right tackle Chukwuma Okorafor to a three-year, $29.25 million deal (including $20.5 million in first two years) after two years as a starter. Clearly they were content with his performance at right tackle.

The Steelers are expected to sign Mason Cole to a three-year deal, according to ESPN’s Adam Schefter, adding a veteran NFL center to the fold. If the Steelers intend to play Cole at center, it allows Kendrick Green to go back to his natural position at guard.