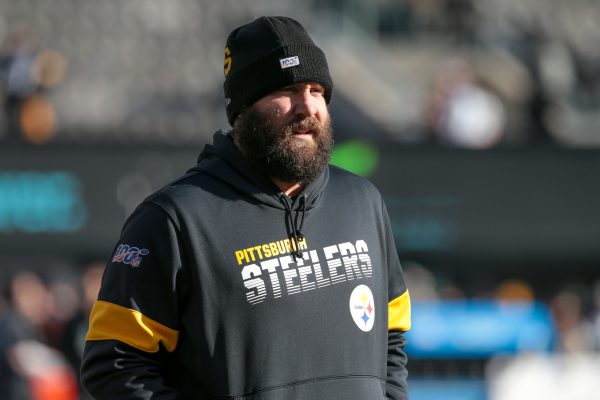 The drama surrounding the Steelers and quarterback Ben Roethlisberger is finally ready to be put to rest.

The team announced Thursday that the future Hall of Fame QB has inked a new deal with the franchise for the 2021 campaign, likely his last season in the Steel City.

“We are excited we were able to come to an agreement with Ben Roethlisberger on a new contract for him to return to the Steelers in 2021,” said General Manager and Vice President Kevin Colbert.

“We know that Ben can still play at a high level and do special things for this team. Our goal remains the same – to put together a roster that will compete for another championship. We are happy that Ben will be one of our leaders to help us accomplish that goal.”

There were plenty of tense moments between the quarterback and team this offseason as the two tried to get a deal done as Roethlisberger’s cap value sat at a massive $41 million, the most in the league.

Roethlisberger was a huge part of the team’s success in 2020, as he helped the team get to 11-0 before the club fell apart.

The team won the AFC North with a mark of 12-4, but were blown out in the AFC Wild Card game to Cleveland 48-37, ending a season that many felt was a disappointment.

“It is my greatest honor to be a Pittsburgh Steeler and give my all for this organization,” said Roethlisberger.

“I am grateful to be at this stage of my career and more than happy to adjust my contract in a way that best helps the team to address other players who are so vital to our success. I love this game and love to compete, and I believe in this team and my ability to deliver when called upon. It all starts with great preparation and I am ready to go.”

The new contract for Big Ben is a great birthday gift for the 39-year-old. He threw 33 touchdowns and 10 interceptions last season, his first after major elbow surgery following a season-ending injury in Week 2 of the 2019 season in a home loss to the Seattle Seahawks.

Could Roethlisberger Find His Way To Playing for the Cowboys in 2021?
JuJu Smith-Schuster Staying Put, Inking One-Year Deal to Stay with the Steelers