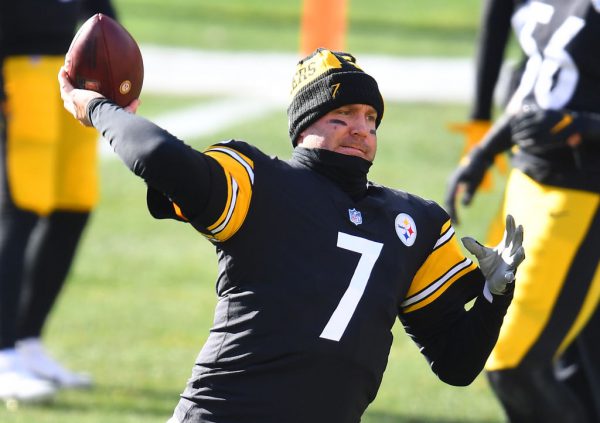 The Steelers seem more and more to be leaning towards flat out releasing two-time Super Bowl QB Ben Roethlisberger, ending a saga that will see a sticky finish that saw Ben start 2021 as a potential MVP and comeback player of the year to one that many feel has no business playing anymore.

Everyone knows about Ben’s massive contract, it’s only a deal that pays him $4 mil, but the cap hit for the team is a league high $41 million, one that the Steelers simply can’t avoid.

So what can/should the Steelers do?

Is Ben going to go elsewhere if he gets released from the Steelers? Or will he do like former Steelers Hines Ward and Troy Polamalu and simply retire wearing black and gold?

One potential landing ground could be Dallas, as Mike Florio of Pro Football Talk says that with the uncertain future for Dak Prescott, the Cowboys could take a look at Big Ben if he’s available.

“That’s the broadest universe of arguably realistic possibilities. Even then, it’s hard to imagine a land rush emerging for a quarterback who will be 39 on March 2.”

Of course that’s a longshot to say the least, and you can expect that Dallas wants to get Prescott inked before he can be a free agent.

As for Ben, it is sounding more and more like this is going to be an ugly divorce. There just is no other way around it when you look at it.

It’s set to be a sad ending for the franchise and Ben, but one that appears is ready to reach its conclusion sooner than later.