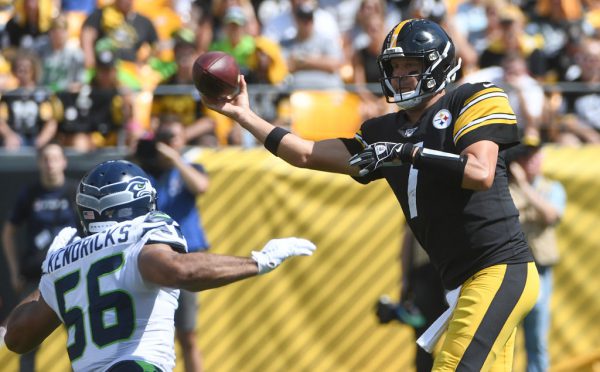 The future for the Steelers when it comes to who is going to play quarterback in 2021 and beyond that appears to be as murky as ever.

Wednesday GM Kevin Colbert spoke to the media about a variety of topics, but of course the biggest topic was the future for quarterback Ben Roethlisberger and if he will be the starting quarterback in 2021.

“As we sit here today, Ben is a member of the Pittsburgh Steelers,” Colbert said, via Brooke Pryor of ESPN.

“He reiterated to us that he wants to continue to play. We told him we have to look at this current situation.”

The problem with Ben when it comes to his contract is the massive amount that he’s going to cost the team should he stick around and the team agrees to keeping him on the roster.

Right now Roethlisberger’s contract has him making $41.25 million against the team’s cap for the 2021 season.

Right now the Steelers are roughly $30 million over the salary cap, and the team is going to have to make some very hard decisions about their future.

The club has to make decisions on defense that are just as important as the offense. Plus this team needs to figure out exactly why the team’s run game was downright awful in 2020.

Can the team do all these things and still pay Ben?

That’s the biggest question, one you can expect to be answered by March 19th, the day that the Steelers would have to pay Ben a $15 million roster bonus.

End of an Era, Steelers Longtime Center Maurkice Pouncey Announces Retirement
Could Roethlisberger Find His Way To Playing for the Cowboys in 2021?