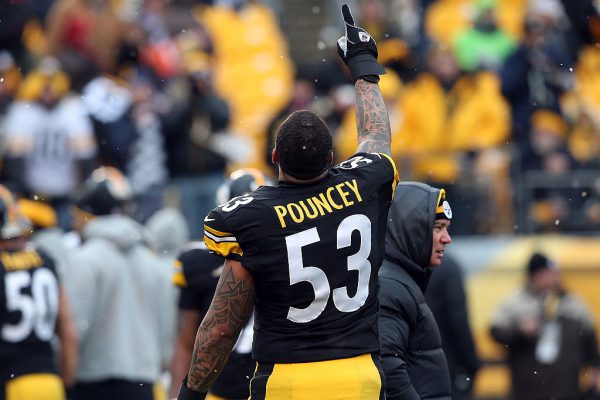 The Steelers were dealt a tough blow on Friday, as the team lost longtime center Maurkice Pouncey to living the high life, as the center announced his retirement Friday morning.

The move isn’t too much of a surprise, as it was rumored from the moment the clock struck triple zero on the Steelers in their 48-37 wild card home playoff loss to the Cleveland Browns that he was going to walk away.

Former Steelers OL Ramon Foster made the announcement on behalf of not only Maurkice, but also for Pouncey’s twin brother Mike, who also retired Friday from playing with the Los Angeles Chargers.

It’s my honor that my brothers from another asked me to announce the next stage in their life. After over a decade @MaurkicePouncey and Mike Pouncey are RETIRING from the @nfl ?. Below are their memos to thank those involved in their careers. #Steeler #chargers #Miami #NFL pic.twitter.com/v9IALOrZaX

The Steelers Pouncey was as good as any center in the league during his prime. He was selected to the Pro Bowl in nine of 11 seasons he played in the NFL.

Pittsburgh, who has always drafted good centers, drafted Pouncey 18th overall in the 2010 draft, while Mike was drafted 15th overall to the Dolphins the following year.

The two were instantly full-time starters for their teams, primarily at center, though Mike spent a season at right guard in Miami.

The two brothers combined to play 21 years in the NFL, with Maurkice playing 11 seasons, all with the Steelers, while Mike played 10 years between the Dolphins and Chargers.

“As I write this farewell speech I cry & laugh that twin boys from Lakeland FL that grew up in poverty made it this far in life both living out NFL dreams,” Maurkice wrote.