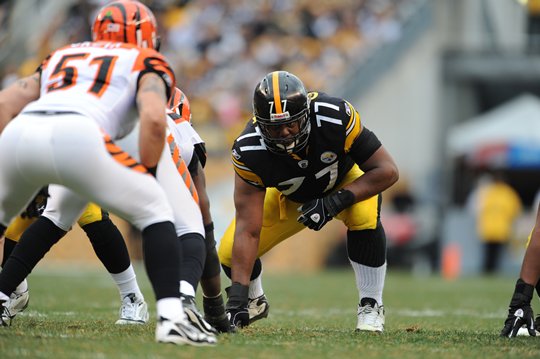 Early Wednesday morning, news that Pittsburgh Steelers offensive tackle Marcus Gilbert Marcus Gilbert and the team had made a deal that would restructure his contract for 2015 to save cap room in the amount of $3.72 M was released by Field Yates of ESPN.

While the news has yet to be confirmed by the Steelers front office or Gilbert, the organization has been known to approach players in order to create salary cap space yet retain players.

In August 2014, Gilbert signed a 6-year contract worth over $30M with an additional $7.65M signing bonus. If Yates is correct, the Steelers may have just signaled the initiation of the restructuring process many anticipated from the team due to a tight budget as free agency signing begins on March 10.

One player that the Steelers are serious about getting into a new contract is quarterback Ben Roethlisberger.  This may provide just enough space to be able to also pursue free agents on their current roster and from outside the organization to lock up a more competitive depth chart heading into the 2015 NFL Draft.

False info about James Harrison, Ryan Clark may have been intentional
Moving Ryan Shazier to safety would be a mistake