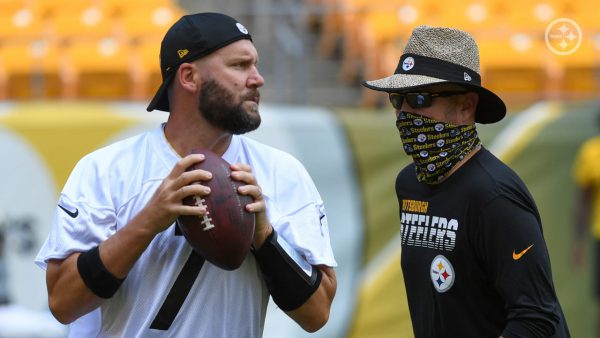 The Steelers announced that Canada would miss Tuesday’s game against the Ravens with an “illness” but did not specify whether he had COVID-19.

According to Kinkhabwala, quarterback Ben Roethlisberger won’t have to isolate after he was deemed to have avoided being a close contact of Canada.

Running back James Conner, defensive linemen Isaiah Buggs and Stephon Tuitt and tackle Jerald Hawkins after all four players were added to the reserve/COVID-19 list this week. Special teams coach Danny Smith is out after reportedly testing positive as well.

The Ravens, meanwhile, have seen 20 positive cases pop up across their roster and coaching staff, putting their upcoming game in jeopardy. Baltimore and Pittsburgh were originally scheduled to square off in primetime on Thanksgiving, but the game was pushed back to Sunday and then Tuesday due to the Ravens’ outbreak.

FOX Sports’ Jay Glazer reported Saturday that “at least two more Ravens starters” will be placed on the COVID list by Sunday, though he did not name any players.