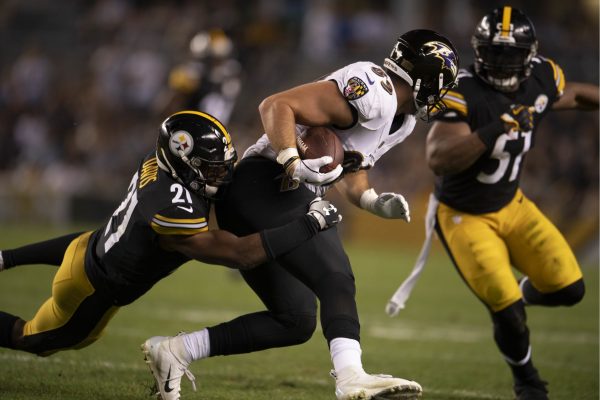 For the second time in three days the AFC North showdown between the Steelers and Ravens has been shifted, this time to Tuesday evening at 8pm on NBC.

The original game was slated for Thanksgiving night, and then moved to Sunday at 1:15pm.

That now has been moved two more days, as the Ravens continue to report covid-19 cases on the roster, with the latest on Thursday being star quarterback Lamar Jackson testing positive for covid-19.

Our game against the Baltimore Ravens will now be played on Tuesday, Dec. 1 at 8 p.m. and will be broadcast nationally on NBC.https://t.co/AFGRKpxK9m

With Jackson out, the team likely will play Robert Griffin III at quarterback. Griffin started the final game of the regular season last year for Baltimore, a win over the Steelers at M&T Bank Stadium.