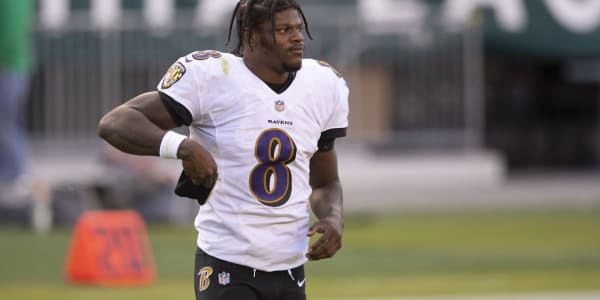 Things are going from bad to worse for the 6-4 Baltimore Ravens, and after Thursday’s report, one has to wonder if they are even going to play Sunday’s scheduled game against the 10-0 Steelers.

Reports broke late Thursday afternoon that the 2019 NFL MVP Ravens QB Lamar Jackson has tested positive for the covid-19 virus, meaning that he won’t be able to play IF there’s a game at 1:15pm Sunday at Heinz Field.

Among now those that have tested positive include:

ESPN NFL Insider Adam Schefter says now that it’s becoming more and more unlikely that Sunday’s game between the Steelers and Ravens will be played at all.

Game Sunday still on for now, but chances of it being played are diminishing quickly.

Ravens players were told today by their HC John Harbaugh that, for everyone’s safety, they will not be allowed back in the training facility until Monday at the earliest, sources tell ESPN.

Ravens are scheduled to play Steelers on Sunday, so that game doesn’t seem possible.

One source on Sunday’s scheduled Ravens-Steelers game: “No way it can be played.” https://t.co/Y1lfV4XBao