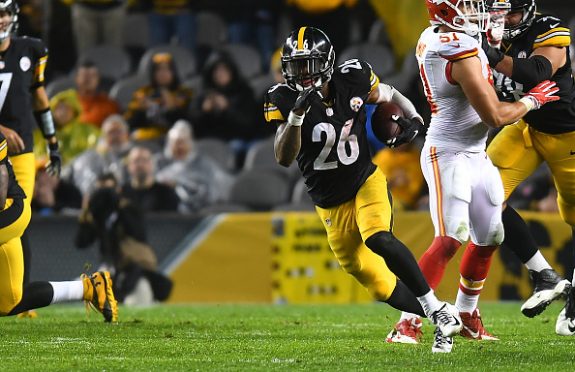 The Steelers are right back where they were a season ago, albeit this time in a lot better position in terms of health as they get set to take on a AFC’s #2 seed Kansas City Chiefs in a game which was changed from a 1pm game to an 8pm game because of dangerous weather in Missouri.

The Chiefs fought until the last weekend of the regular season just to win the AFC West and the second-seed, and the Steelers already have a dominating win over them early in the season in the rain in Heinz Field. So tonight should be a cakewalk, right? Not so fast.

We all know how things go in round two (just ask Miami), and this one can’t possibly be as easy as the first game, and sites like www.bettingoffers.org have Kansas City as slight two-point favorites.

Here’s our three keys to a win so the Steelers can get a rematch next week with Tom Brady and company in New England, and if we think it’s going to happen, or if the 2016 season will end just like the 2015 season did, a road loss in the second round of the postseason.

1. Establish the Line of Scrimmage

The Chiefs have a weapon in first-year player Tyreek Hill, who was a controversial pick for the Chiefs in the draft after he pleaded guilty to domestic abuse of his pregnant girlfriend while at Oklahoma State. Nevertheless, the Chiefs receiver and kick returner has become a big part of the offense, and look for them to try to get him in space. The ice may put Hill on ice, due to the fact he might not be able to cut and move as quickly as normal as he would, but at the end of the day, he’s a player the Steelers have to account for in the kicking game and the passing game.

Usually in big games were the stakes are all or nothing, turnovers are a major reason why one team moves on, and another doesn’t. If the Steelers don’t force a couple turnovers last week against the Dolphins, it could have been a very different game. Tonight the weather will be such where ball security is going to be ultra important, and it’s going to be easy to see some turnovers happening in both the run and pass game. If the Steelers can get to Alex Smith and force some turnovers like they did Matt Moore a week ago, it is going to give them a huge advantage to getting out of KC with a win. The other way around, and the season likely will be done.

Prediction: This isn’t going to be an easy game, and with the weather being a factor in the passing and kicking game, it’s going to come down to grind it out football where the lines are going to dictate who wins this game. With everything being even I like the Steelers, but why do I have a bad feeling the weather is going to have some awful impact on the Steelers, either in the kicking game or with a big turnover. I hope I’m wrong on this one. Kansas City 16 Pittsburgh 10