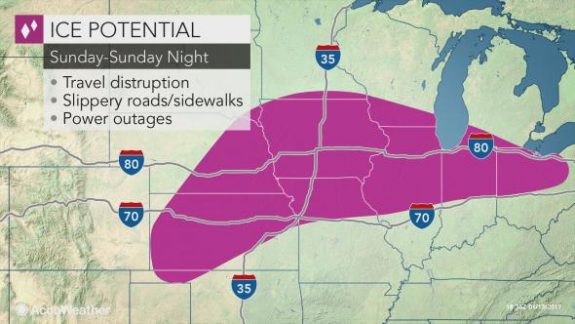 Mother Nature (as it usually does this time of the year) has reared its ugly head, and this time it’s making Sunday’s Steelers playoff game against Kansas City a later start than originally scheduled.

The game, which was at first a 1pm kickoff Sunday, now is going to be like a Sunday Night Football game – meaning an 8:20pm kickoff.

The #Chiefs–#Steelers game, in the interest of public safety, will now be played at 8:20 pm ET.

The Steelers and Chiefs have played a number of times over the year at night, including earlier this season when the Steelers beat up Kansas City at Heinz Field.

The NFL released a statement about the move

“Moving the game from the original 1:05 p.m. ET start time will provide local authorities more time to clear roads in the area as the weather is expected to improve throughout Sunday.

“The decision to make this time change was made in consultation with state and local officials as well as the Chiefs and the Steelers.”