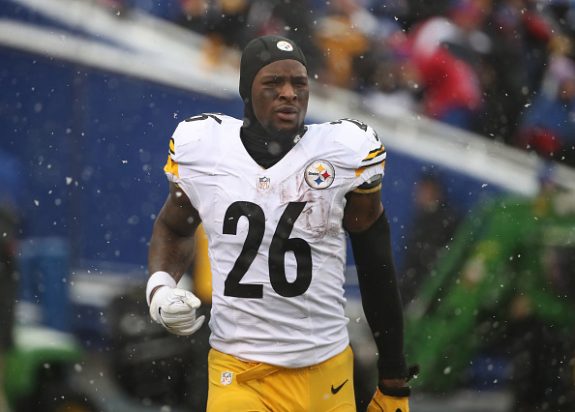 It’s hard to think where the black and gold would be in 2016 without the services of running back Le’Veon Bell. He’s been the driving force behind the teams’ six-game winning streak and AFC North title, and today was given the honor of being named the teams’ MVP by his teammates.

The 24-year-old took to Twitter to thank his teammates for giving him the award.

it's an Honor to be MVP of the Pittsburgh Steelers! my teammates mean everything in the world to me, I can't do ANYTHING without em! #Juice pic.twitter.com/qn1d7E8jRU

The bigger news about Bell has to do with him hitting free agency come March, as he’s in the final year of his deal, and is free as a bird to go to any team this offseason if the Steelers don’t get a deal done with him before that.

The good news is that there’s no question that Bell wants to be back with the Steelers moving forward, but it’s going to take two to tango and get a deal done.

“Obviously, I want to be a Pittsburgh Steeler so obviously we’re going to try to do everything it takes to make that happen,” Bell said.

How much can the Steelers afford to pay Bell after they have already shelled out quite a bit of money to players like Antonio Brown (who also is set to get more money this offseason), Ben Roethlisberger and Cam Heyward.

One solution for the Steelers which won’t be a popular one for Bell is to slap him with the franchise tag, which would pay him about $12 million next season.

That decision won’t sit well with Bell, but again, he seems to want to get something done long term to stay with the Steelers. If he’s not with the Steelers next season he’ll be very tough to replace.

Bell ranks second in the NFL in rushing yards (1,268 yards). The running back leads the NFL with 157.0 scrimmage yards per game. Here’s hoping the two sides can find a way to make this happen to avoid any hard feelings this offseason and that Bell is a happy camper in Pittsburgh for a long time to come.