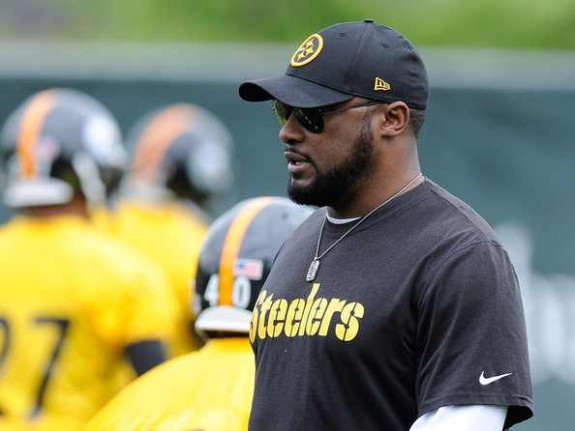 While steadfastly maintaining that the regular-season finale would be approached as “business as usual,” coach Mike Tomlin strongly indicated that several of the Steelers’ star players will not be in uniform for Sunday’s meaningless game against the Browns, Chris Adamski of the Pittsburgh Tribune-Review reports.

Tomlin said that quarterback Ben Roethlisberger, running back Le’Veon Bell, receiver Antonio Brown and center Maurkice Pouncey “will get that consideration” as players who will be “preserved as we look into the playoff round.”

At 10-5, the Steelers clinched the AFC North title with their win against Baltimore on Sunday and are locked into the No. 3 seed in the AFC playoffs that begin Jan. 7-8. The Steelers will host either Kansas City or Miami one of those days in the wild-card round.

Tomlin explained the realities of a finite 53-man roster – and the 46-player gameday limit – as limitations in resting his starters.

“A lot of people like to compare this opportunity to a preseason game or the fourth preseason game,” Tomlin said, “(But) the numbers are very different.”

Tomlin did not mention any defensive players, but linebackers James Harrison, Lawrence Timmons and Ryan Shazier and safety Mike Mitchell are candidates to be held out Sunday. Defensive end Stephon Tuitt is, too – but he has not played since the first drive of the game.

Would the Steelers Have Had Time to Run Another Play Sunday If Brown Didn’t Score?
Le’Veon Bell Takes Home the Steelers MVP Award; Says He Wants to Remain in Pittsburgh