Steelers Free Agency Update Less Than a Month Before the Draft 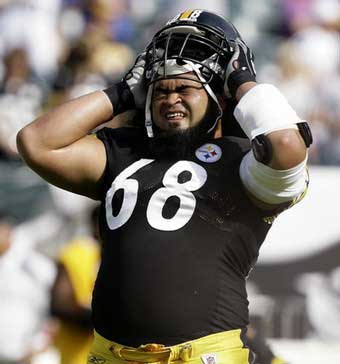 We’re now into about phase 5 or 6 of free agency, as just about all of the big name players (Torry Holt and Marvin Harrison aside) are gone, and most teams are now squarely thinking about the April 25th draft with visits from players and what not. With that, here is a little rewind in case you forgot about some of the players the team has re-signed, signed lost, and that are still out there:

• TE Jon Dekker (not tendered as ERFA) was on injured reserve.

The offseason mostly as you can see was all about bringing back players the team felt fit the rosters, as well as trying to get LB James Harrison re-signed, but that has yet to happen. The backup QB spot still has to be dealt with, and I can see Batch coming back, but Leftwich is talking to the Skins, and I can see him moving on. Overall, it’s been a quiet free agency period for the club, and let’s hope that the draft provides some help and depth.