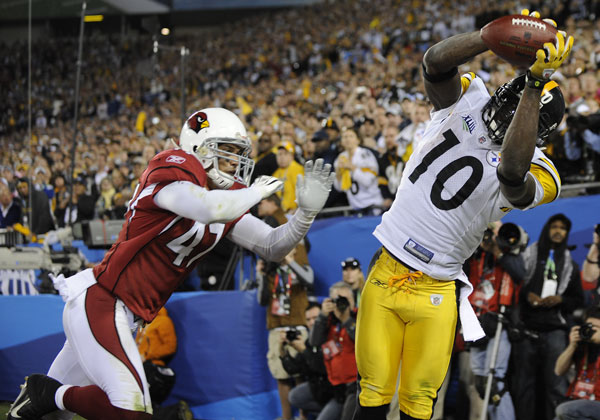 I’ve said it before, I’m not all that big a fan of ESPN’s ESPY Awards, but if your bored this weekend, check it out. You’ll have reason to, as the Steelers took home two awards at the event, both awards having to do with the Super Bowl.

The first award was the Ben Roethlisberger to Santonio Holmes game-winning touchdown in the Super Bow. That play took home the ‘Best Sports Play’ of this past year award.

The touchdown beat out three other nominations including Texas Tech’s Michael Crabtree’s game winning catch to top number one Texas, and Alexander Ovechkin’s goal against the New York Rangers in the NHL playoffs.

The other award the Steelers took home was shared with the Arizona Cardinals for ‘Best Game’ for their performance in Super Bowl XLIII.