There has been plenty of players over the years that have given the Steelers a hard time, either on or off the field. Some have used their mouths to piss off Steeler fans or players, and some have made Steeler Nation upset over their solid play on the field.

So with that, today we present our list of our “Top 10 Players Steeler Nation Hates.” As always feel free to add to our list, or you can always agree or disagree with our players on the list. 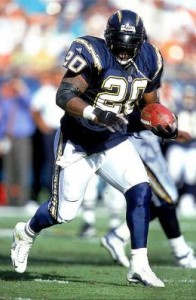 10. Natrone Means – This former San Diego Charger peeved a lot of Steeler fans and players off back in 1994 as a member of the team that upset the Steelers in the AFC Title Game. There was an everlasting shot of Means giving the business to Steeler players and waving a ‘Terrible Towel’ after the famous 4th-and-3 that failed that stopped the Steelers from going to the Super Bowl. His mouth never seemed to stop after that, that is until the Chargers were destroyed by the 49’ers two weeks later in Super Bowl XXIX.

9. Jerramy Stevens – A mouthy tight end that tried to ruin the celebration of what was the Steelers 5th Super Bowl win. During the week leading up to the game, Stevens declared he had heard enough of the talk about Jerome Bettis winning a Super Bowl in his hometown. “The story of Jerome Bettis returning to his hometown (Detroit) is heartwarming, but it’s going be a sad day when he doesn’t walk away with that trophy.” He and Joey Porter got into it during the week, and in the end, the Steelers won out as Stevens dropped a few passes and never was heard from again after the game. 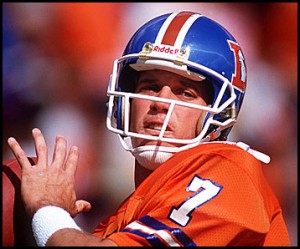 8. John Elway – Another player that cost the Steelers a shot at the Super Bowl, as back in the 1997 AFC Title Game Elway rallied the Broncos to a win that started Denver’s run to two straight Super Bowl wins. Elway also stopped the Steelers from an upset win over Denver back in the AFC Divisional Playoff game in 1989. He’s a Hall of Fame QB, but a guy that frustrated Steeler fans and players more than once.

7. Eric Metcalf – The Browns had a run through the 80’s and early 90’s when they actually were able to beat the Steelers a few times, but no one game against Cleveland was as memorable as the first meeting back in 1993. In a battle for first place in the AFC Central, Metcalf ran back not one, but two punts for touchdowns that stopped the Steelers from a sure win and possession of first in the division. 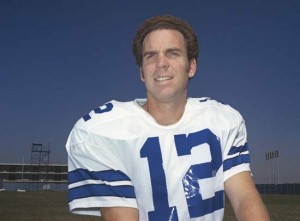 6. Roger Staubach – He was the QB of the team that declared themselves “America’s Team,” this despite the Steelers beating them twice in Super Bowls. Staubach was a QB that made plays against the Steelers, but on a happy note at the end of the day the Steelers beat him more than they lost to him. Of course this doesn’t stop Steeler fans from hating a lot of what he represented as a QB and a member of an overrated team that lost to the Steelers twice in the big game. 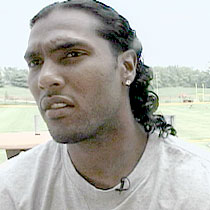 5. T.J. Houshmandzadeh – It’s nice not to have to see this pony tailed punk of a receiver twice a season playing for the Bengals. He and fellow WR Chad Johnson gave the Steelers some fits over the years, but no other incident ticked off the Steelers and their fans more than when he shined his shoes with a ‘Terrible Towel’ after Cincy basically won the division with a win over the Steelers in 2005. He always seemed to have a disrespectful word for the Steelers and their fans, and it’s nice that now he’s stuck in Seattle with the bad Seahawks.

4. George Atkinson – A cheap shot artist that for whatever reason took it upon himself to try and ruin the career of Steelers Hall of Famer Lynn Swann. He gave Swann a shot to the head in the 1975 AFC Title Game that almost cost Swann a shot to play in Super Bowl X. Then in the 1976 season opener he gave Swann a forearm shot to the back of the head, this even though the ball wasn’t even thrown to Swann. Chuck Noll labeled Atkinson a criminal, and for good reason.

3. Ray Lewis – He’s been a major defensive thorn in the side of the Steelers for the past 16 seasons, and as long as the rivalry between the two teams are hot, he’ll continue to be on this list. He does that stupid dance coming out every time they play, and always seems to make a big play or two, either a sack or something else to stop a Steelers drive. Another guy that will end up in the Hall of Fame someday, but for now he’s a hated rival. 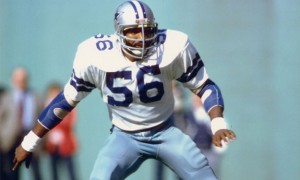 2. Thomas “Hollywood” Henderson – The Cowboys linebacker who made fun of Steeler Hall of Fame QB Terry Bradshaw, saying before Super Bowl X – “He couldn’t spell ‘Cat’ if you spotted him the ‘c’ and the ‘a’. Bradshaw went out and won the MVP of the game, so yeah, he got his revenge, but it doesn’t take away the hatred Steeler fans have for Henderson. Oh yeah, he also won $28 million in the lottery after he left the game. 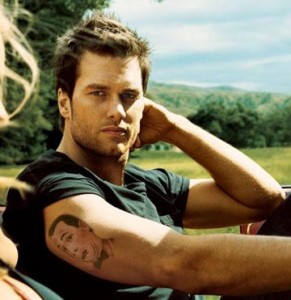 1. Tom Brady – The only player to have a chapter dedicated to himself in my upcoming book – “100 Things Steelers Fans Should Know & Do Before They Die,” entitled “Public Enemy #1.” Brady right now owns the Steelers, like it or not. He owns a lifetime 5-1 mark against them throwing for 1658 yards, hitting on 123-of-212 passes with 11 touchdowns and three interceptions. I hate him, you hate him, but you have to give it to him, he’s beaten on the Steelers like no other player ever has.