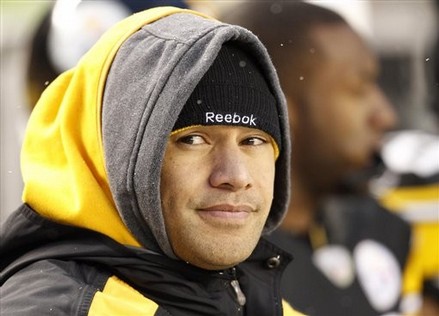 Sunday there was no doubt the Steelers missed safety Troy Polamalu and tight end Heath Miller. With a short week ahead of them as they play Thursday vs the Panthers at home, it looks like both could find their way on the field.

Mike Tomlin spoke to the media today with the short week, and said that Miller is expected to play Thursday night, while the team will keep an open mind about playing Polamalu.

Polamalu was at the teams headquarters today and did not appear to be limping. Tomorrow will be the only day that the Steelers practice before Thursday nights game against the 2-12 Panthers.

“It’s still early in the week in terms of where (Polamalu) is, his availability to practice and ultimately to play,” Tomlin said. As far as Miller goes, Tomlin stated, “We anticipate Heath being fine.”

The Steelers can clinch the AFC North title with a win over the Panthers and a Ravens loss to the Browns Sunday in Cleveland.