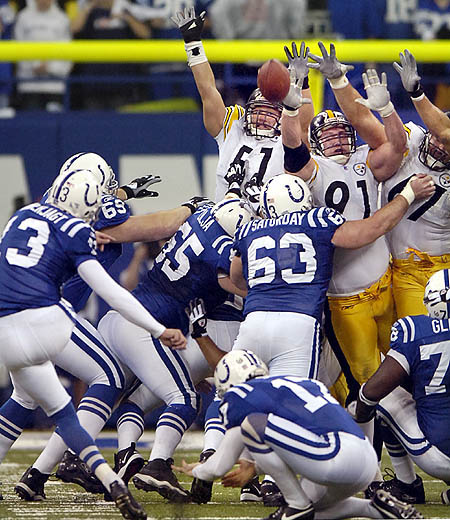 When the Steelers and Ravens do battle Saturday afternoon at Heinz Field, there will be a lot of high emotion, and with the Steelers being at home it will be up to them to set the tempo.

In the past, the black and gold have done a solid job in starting fast in playoff games, and while it’s not always meant cakewalks, the results are almost always the same – wins.

Let’s go back and look at some of the fast starts the team has had in playoff games in recent history:

Super Bowl XLIII – Steelers jump on the Cardinals 10-0 in dominating the first quarter. They allow the Cards back in the game, but in the end get saved by a huge TD drive by Ben Roethlisberger and former WR Santonio Holmes in a 27-23 win.

2008 AFC Title Game – Playing their heated rivals for the third time that season, the Steelers get up on the Ravens 13-0, and while the Ravens hung around, the wild man Troy Polamalu picks off a late Joe Flacco pass and takes it to the house for a TD in the eventual 23-14 win.

2005 AFC Title Game – On the road for the third straight week, the Steelers don’t allow the favored Broncos a moment to breathe, as they get up 24-3 with Ben Rothlisberger playing almost perfect first half football in the 34-17 win that sends them to Super Bowl XL.

2005 Divisional Playoff Game – Big underdogs in Indy, the Steelers come out throwing, catching the Colts off guard to take a first quarter 14-0 lead. They go up 21-3 before holding off Indianapolis in one of the most memorable playoff games in history 21-18.

2004 Divisional Playoff Game – In a dogfight with the Jets, the Steelers get a pick from Polamalu, and go up early 10-0. They get some good luck from a couple Doug Brien misses late, and win in OT 20-17.

2001 Divisional Playoff Game – Against Elvis Grbac and the defending Super Bowl Champion Ravens, the Steelers pound the Ravens getting a quick 10-0 lead, and then going up 20-3 at the half before eventually winning 27-10 to move on to the AFC Title Game.