Leave to the NY Media to Start Making Up Stuff 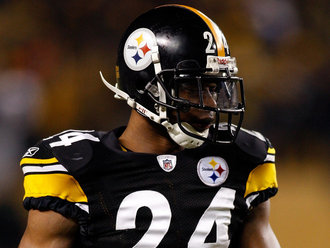 Well, you knew it had to be coming at some point. The New York media simply couldn’t let it alone when it came to the lack of trash talking that WASN’T going on between the Steelers and Jets.

Today, four days before the game, Bart Hubbuch of the New York Post decided to basically make up a story about how Ike Taylor was going to “lay out” former Steeler and now Jets WR Santonio Holmes.

The best part, is if you read the exact quote that is IN THE PAPER, it clearly states that Taylor would lay out Holmes, but he is sure that the wide out would do the same to him. I know, laughable.

And NY writers wonder why they get a bad rap. Here’s some more of the quotes from Taylor, again talking about how he likes Holmes.

For sure not the trash talking that NY writers want to try and stir something up, but right now, that’s the best they are going to get from the all business Steelers.

Pouncey’s Rookie Year at Times “Downright Awful”?
More Pressure on Sanchez the Key This Time Around