SI.com – Big Plays the Reason the Steelers Will be in Super Bowl XLV 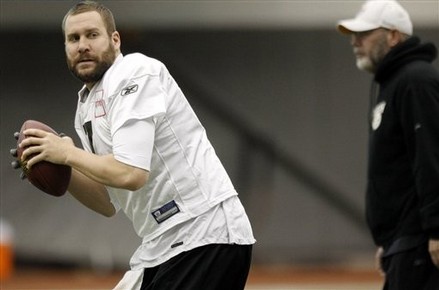 The big play ability of the Steelers seems to be on the mind of a lot of people that are sizing up the matchup between the Steelers and Jets Sunday in the AFC Title game. Sports Illustrated’s Kerry Byrne gives his reason for his choice of it being the Steelers and Packers battling it out for the Lombardi Trophy in Dallas. Here’s just a peek at one of his four reasons the Steelers will win:

James Harrison proved his playmaking chops back in the 2008 championship season. He was the NFL’s Defensive Player of the Year and his 100-yard pick-six against Kurt Warner was the biggest play of Super Bowl XLIII. He brought the heat again on Sunday, sacking Flacco three times.

Receiver Mike Wallace, meanwhile, might be the best “Big Play” receiver in football today. Wallace this year became just the fifth player since the AFL-NFL merger to catch 60 or more passes and average 21.0 yards or more per reception. Meanwhile, unheralded rookie receiver Antonio Brown entered Pittsburgh’s playmaking pantheon with his 58-yard reception on 3rd and 19 against Baltimore on Sunday.

These aren’t isolated incidents. ColdHardFootballFacts.com tracks each team’s Big Play capabilities on what we call, conveniently enough, the Big Play Index. Pittsburgh finished second on the indicator, at +28. The Jets, by the way, were No. 3 at +23. (Of course, New England was No. 1 this year with a bullet (+41) and that advantage didn’t help them last week.)

Pittsburgh will win Sunday because it will make more big plays than the Jets.

Click HERE to read the rest of the article

SGN Writers Give Their View of the Two Conference Title Games
Video: CBS Sports Picks the Winner in the Jets-Steelers