LeBeau To Stay With the Steelers; To Ink a One-Year Deal 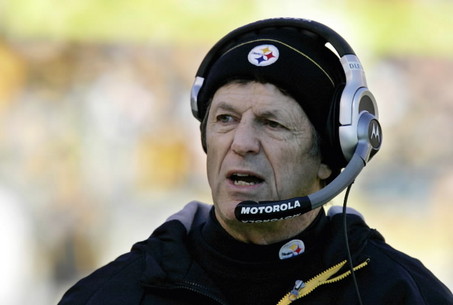 For those that worried that Dick LeBeau was going to leave the Steelers after the loss in Super Bowl XLV, the news today should put those fretting at ease. LeBeau is going to stay with the Steelers, as the Post-Gazette reports that he will ink a one-year deal sometime in the next few days to return in 2011.

“I’m not coaching anywhere but here,” LeBeau said today after returning from four days off. The Steelers have made no bones about it – they want LeBeau back too, and the 72-year-old seems more than energetic to return and try to one more time lead the Steelers to their 7th NFL title.

LeBeau was the mastermind of a defense that ranked No. 2 overall and No. 1 against the run in the National Football League in 2010.

LeBeau has inked one-year deals with the Steelers year since returning for his second stint as defensive coordinator in 2004. That’s not because the Steelers don’t want to give him a longer deal, it’s on LeBeau, who has been thinking about life after football the past few seasons.