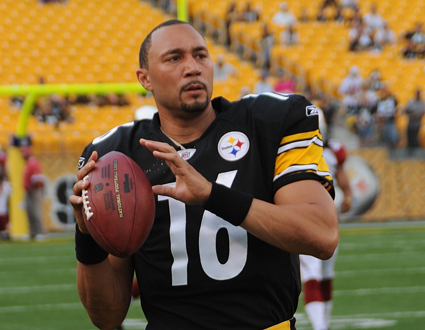 The good news keeps coming in on the CBA front for the NFL, as Steelers player rep Charlie Batch did give the media some comments after meetings on Monday, and they were mostly positive.

Today Batch attended meetings, which was the fourth day in a row of negotiations between the NFL and the players’ union. “Things are going well,” said Batch, a member of the NFL Players Association executive committee. “We’ll see how things progress over the coming days.”

Batch and two other current players, Browns LB Scott Fujita and Jets fullback Tony Richardson bailed Monday after about six hours after the session began at the office of the Federal Mediation and Conciliation Service. That U.S. government agency’s director, George Cohen, has been mediating the current round of talks.

The league and union agreed to try mediation after months of infrequent bargaining. The current labor deal expires at the end of the day March 3rd. The union has said it believes team owners want to lock out the players as soon as the next day, which could threaten the 2011 season.

Today though, things again seemed to be heading in the right direction. “Any time you talk,” Batch said, “you have to feel better.”

Most members of both negotiating teams still were in the building when he left.

Batterman represented the NHL when it lost its entire 2004-05 season to a lockout.

NFLPA executive director DeMaurice Smith got to Cohen’s office at about 11 a.m., entering with Fujita. Former players Pete Kendall and one-time Steeler Sean Morey also were part of the union contingent Monday, along with lawyers Richard Berthelsen and Jeffrey Kessler.

“We are working hard,” Pash said Sunday, “and we’re following the director’s playbook, and we’ll see what we come up with.”