Barber to the Steelers Chatter Pops Up Again 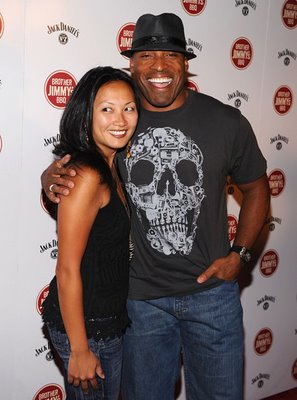 It’s been awhile since the whole “Tiki Barber to the Steelers” chatter has been heard, but today Peter King of Sports Illustrated threw out there that Barber would be a perfect fit in 2011 for the black and gold.

The Steelers have a head coach the Barber family knows well — Mike Tomlin is close to twin Ronde Barber after coaching him in Tampa from 2001 to 2005 and also knows Tiki. Tomlin wouldn’t be afraid of the sideshow Tiki Barber might create, nor would he be shy about pulling the plug if the 36-year-old back couldn’t beat out the likes of Mewelde Moore.

The Steelers have a core of veteran stars; Tiki Barber would fit right in. The Steelers have a good back, Rashard Mendenhall, but no back-of-the-future type who Barber would be robbing playing time from. And one NFL source tells me Barber really wants a shot to play in Pittsburgh. I’m also told that wherever he goes, Barber won’t be content to be a mopup guy or insurance policy; he wants to play a lot. We’ll see where he ends up this summer, if and when football happens, but Pittsburgh’s my guess.

Bottom line, Barber on the Steelers, or any team for the most part, would be a distraction. He recently told HBO that the one reason he was coming back was becuase he’s depressed. That’s what happens when you bad mouth your former team and players, tell everyone that listens your going to be TV star and fail, and then cheat on your wife and destroy your family.

Barber is a problem child, and I wouldn’t want him on the Steelers roster in 2011 or any year for that matter.