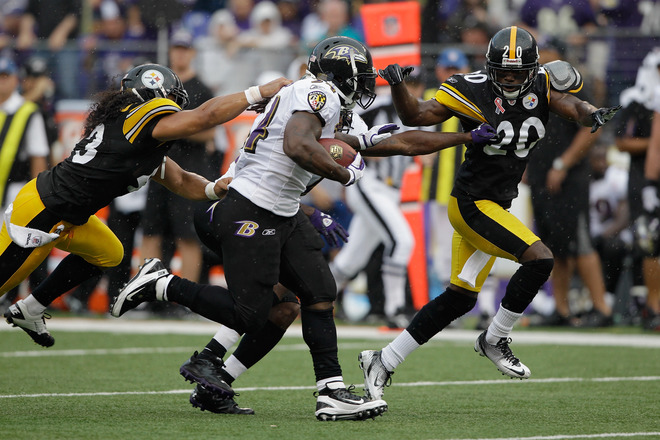 It’s taken all of one week for the first fine to be handed down to a Steelers player, and the only shocker of it was that they didn’t find a reason to fine James Harrison.

Instead, it’s strong safety Troy Polamalu’s turn to open the pocket book, as the league has reportedly fined him $15,000 for making a horse-collar tackle in the Steelers’ 35-7 loss to the Ravens.

The tackle came late in the third quarter at the end of a 36-yard run by Ravens running back Ricky Williams. “It definitely wasn’t on purpose,” Polamalu said. “I’ve never intentionally tried to horse collar anybody.”

I’m sure based on how the league loves to go after the Steelers, this will be the first of many fines in the 2011 season.