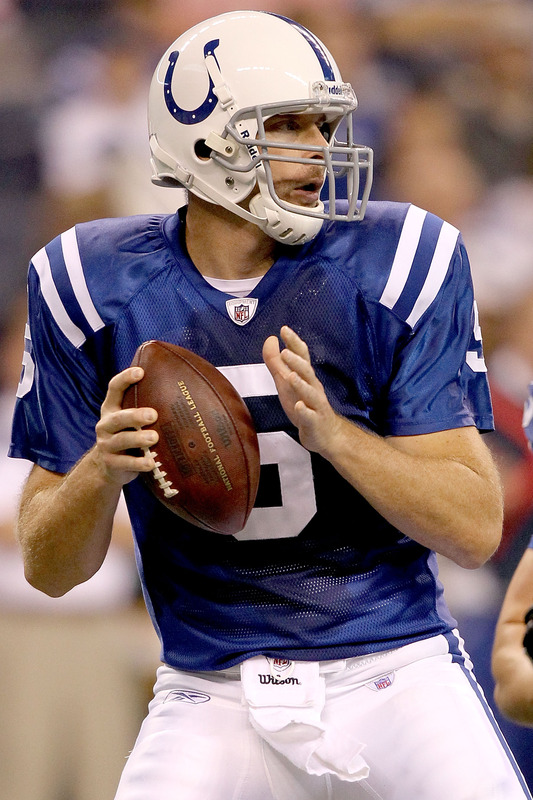 Kerry Collins leads the 0-2 Colts against the Steelers

This week the Steelers play a Sunday night game on the road at Indianapolis. This is a much different looking Indy team without Peyton Manning, but at 0-2 they are a wounded dog, and will come out looking for a fight. The Steelers need to be on their toes, and if so, should be 2-1 after Sunday night’s contest.

1. Disrupt the Colts No-Huddle – Sure, Peyton is going to be watching instead of playing, but the Colts are still going to try and pick up the tempo, and will still attempt at least to go no-huddle at times against the tough Steelers D. “They’re still going no-huddle,” LeBeau stated after practice Thursday. “But they’re not going to run the same offense that Peyton runs; there’s only one Peyton. But they’re running their offense and running no-huddle.” While Kerry Collins is clearly past his prime and no Manning, the Steelers have to get to him and not let him sit back and pick the Steelers apart.

2. Keep running the ball, even if it’s not gaining huge yards – The Steelers have yet to really get Rashard Mendenhall going, as the team is putting up 95 yards per game rushing and just 3.7 yards per carry. It is very unSteelers-like and they need to work on it this week. Last week Peyton Hillis and Cleveland kept running the ball and finally it paid off as they wore the Colts down in the fourth quarter to the point where they just couldn’t stop the Browns. The Steelers need to do that with Mendenhall and Isaac Redmen, and they should eventually break a couple big runs and big plays in the play-action.

3. Keep Freeney and Mathis off Big Ben – If there’s one area of the Colts that is at or near the top in the league, it’s their pass-rushing ends – Dwight Freeney and Robert Mathis. There’s been plenty of talk about keeping Ben Roethlisberger upright all week, and while the Browns O-line held the two in check last week, the Steelers can’t forget about these two, and if they can keep them contained for the most part, the team should be able to find some holes to throw. It also would help if they could run the ball like stated above.

Prediction – It’s pretty clear why the Steelers are heavy favorites to get to 2-1 after this game, as they are the better team on both sides of the ball, and without Manning, the Colts are just not the same team. With that said, this is a must-win for the Colts if they are going to sniff even anywhere near a successful season with the Texans already at 2-0. The Steelers can’t take this game for granted, and they won’t, playing well in the prime-time spotlight and winning going away. Steelers 34 Colts 17