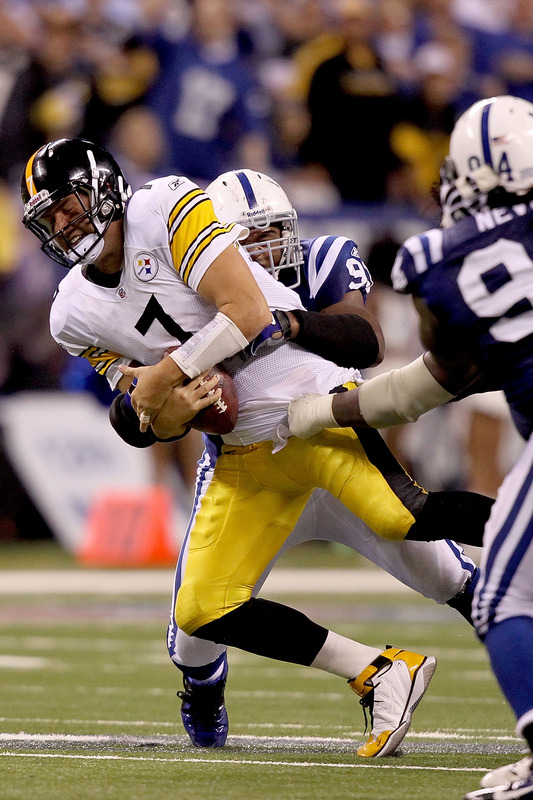 So a day after the Steelers nail bitter over the Colts, 23-20 Sunday night in Indy, the team is faced with the reality of having three offensive linemen hurt as they look ahead to a trip to Houston to play the Texans Sunday afternoon.

As of right now, their availability is uncertain for Sunday’s game, which could and probably does have the Texans licking their chops.

All reports seem to indicate that the injury to Scott, who was beaten like a drum all night by defensive end Dwight Freeney, is the most serious of the bunch.

Scott a sprained ankle, Gilbert hurt his shoulder, and Legursky separated his shoulder. It was awful to have to see an injured Gilbert have to play at the end of the game due to the fact the Steelers only had 7 OL’s dressed for the game.

As it goes, if Gilbert and Legursky are not able to go vs Houston, Ramon Foster would go at right guard and Trai Essex at right tackle.

About the only news that may be a positive for the Steelers is that the Texans may not have the services of Mario Williams, who had tests Monday to see about damage to his right knee.

It would not be a shock to see the Steelers at least make a call to Flozell Adams or Max Starks, who is also chatting with the Vikings according to reports.

If there was a choice of the two, I would go with Adams, who is more of a left tackle but also can play on the right side like he did last year. Bottom line is they have to act fast, as they will not survive long with outings on the line like that of Sunday night.