Joe Paterno and the Steelers – What Almost Was 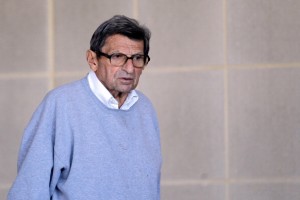 While there’s only one player on the Steelers roster that played at Penn State – punter Jeremy Kapinos, there ALMOST was a huge connection – that at one point Paterno being the head coach of the Pittsburgh Steelers.

As pointed out in my September 2010 book “100 Things Every Steelers Fan Should Know and Do Before They Die,” as well as is a part of Steelers history, Paterno was at one point offered the head coaching position of the Steelers.

The story goes is that the Steelers offered their head coach position to Paterno in 1969, an offer he actually considered seriously. Paterno turned down the Steelers, who then went after and hired Hall of Fame coach Chuck Noll, who won four Super Bowls in his first 11 years, and coached for an additional twelve seasons.

So while you digest the Penn State situation, no matter how you feel about it one way or another, remember – he almost walked the sidelines of the black and gold.