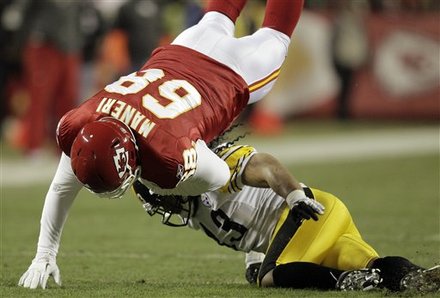 Troy Polamalu has no symptoms of a concussion and coach Mike Tomlin said today he is “confident at this juncture” that he will play for the Steelers Sunday against the Cincinnati Bengals, according to Ed Bouchette of the Pittsburgh Post-Gazette.

“All things are positive,” Tomlin said of Polamalu, who must still pass concussion tests later in the week in order to play.

Polamalu left Sunday night’s game at Kansas City in the first series when he took a knee to the head making a tackle.