Roethlisberger Ticked at the Way Arians Situation Was Handled 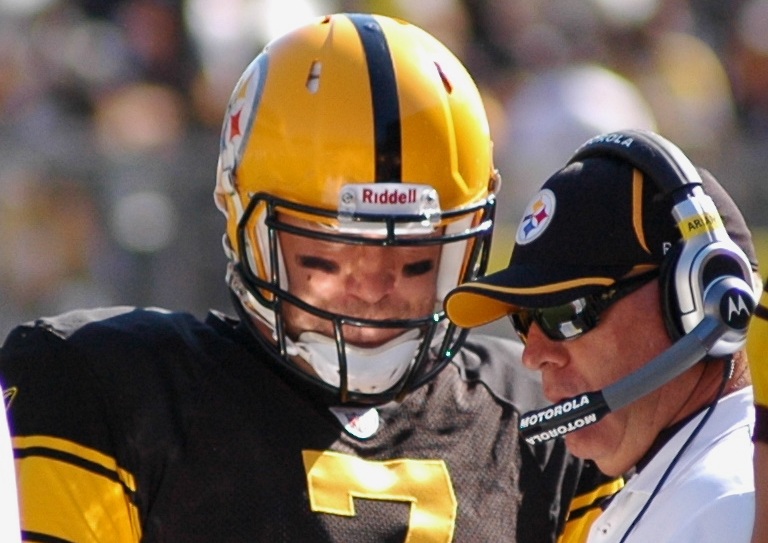 In just reading the comments from Steelers franchise QB Ben Roethlisberger, it sounds like he’s not all that happy with the teams dismissal of his friend and offensive coordinator Bruce Arians.

Roethlisberger wants answers, and says he will look for and try to talk to team president Art Rooney II when he returns to Pittsburgh. Big Ben is currently in Hawaii getting ready for the Pro Bowl on Sunday.

“When I get back I’m going to go up to Mr. Rooney’s office and ask him what he wants from me, what he wants from this offense, because I think that’s a viable question for him,” Roethlisberger said Thursday in an exclusive interview with the Tribune-Review following a light Pro Bowl practice. “He’s our owner and our boss, so I really would like to know kind of what he wants and where he sees our offense going because I’d like to tell him where I see us going.”

Arians and Roethlisberger were good pals on and off the field. The QB took Arians and his wife to Hawaii as a thank you gift for helping him reach the next level and make the Pro Bowl.

Instead of a fun trip, it will be more of a ‘good-bye’ with the OC not coming back after he did not have his contract renewed. Roethlisberger says the offense was making big strides with the more pass happy style.

“We feel like we are really close to being an elite offense,” said Roethlisberger. “For your leader to be gone is kind of a shocker for us, but you’ve got to be ready for it, and whatever the Rooneys and coach (Mike) Tomlin decide is our next step. I think the (Steelers’) mind was made up, and B.A. was kind of ready to move on as well.”

The Steelers finished 12th in the NFL in total offense, averaging 372.3 yards per game this past season. They tied for 21st in scoring (20.3 points per game).

Rooney also said during an interview this week on the Steelers official site that the offense needs to have less sacks, and that Roethlisberger needs to “tweak” his game.

“From what I understood from that was, just not get hit to so much,” said Roethlisberger, who was sacked 40 times in 15 regular-season games in 2011. “I think some of that’s on me; some of that’s on linemen. It’s on everybody, so I’ll put it on me and try to make those adjustments.”