Tomlin Talks to Todd Haley About the OC Job 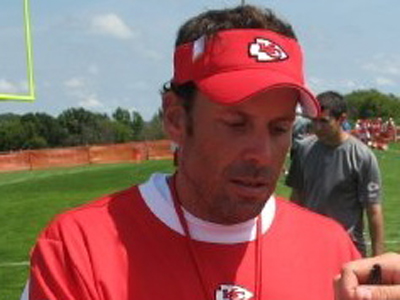 Add another name to the list of possible OC candidates, as today Mike Tomlin spoke to former Chiefs head coach Toddy Haley about the position.

According to Steelers.com, Tomlin spoke to Todd at the team’s practice facility.

The 45-year-old was canned by the Chiefs late in the season with three games left. He was 5-8 there this season, this after he led the team to the AFC West title a season ago, getting beat in the AFC Wild Card game by the Ravens.

Haley is the son of Dick Haley, a Steelers defensive back from 1961-64 who went on to team with Art Rooney Jr. and Bill Nunn to head up the personnel department during the 1970’s.

After Leaving Pittsburgh Without a Deal, Caldwell Ready to Join Ravens Staff
Olsavsky and Goodwin to Chat with Other Teams About Jobs