Steelers Offically Announce the Hiring of Todd Haley as OC 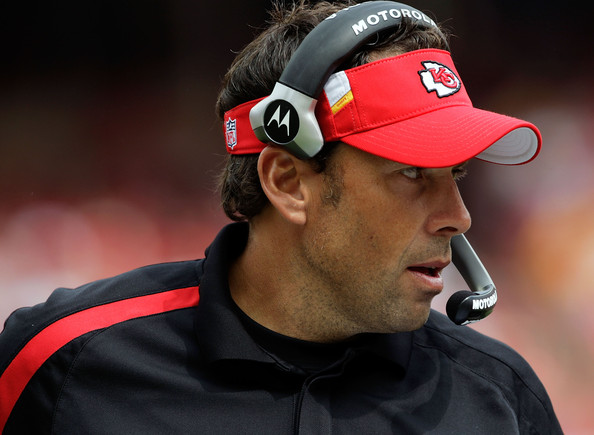 The Steelers official site has put out the following about Todd Haley, who was named the black and golds offensive coordinator on Wednesday:

The Pittsburgh Steelers have named Todd Haley as their new offensive coordinator, it was announced today.

“I am excited about the opportunity to come back home and work for a tremendous organization,” Haley said. “It is an honor to work with the Rooney family and Coach Tomlin and continue the success that has become synonymous with the Steelers. My father has so many fond memories both from his playing days and his time in the personnel department with the team, and I look forward to helping bring more championships to Pittsburgh and to being a part of one of the storied franchises in the NFL.”

Haley has spent 17 years in the NFL, including the last 15 as a coach after his career began as a scouting assistant. He joins the Steelers after spending the majority of the last three seasons as the head coach of the Kansas City Chiefs. Haley led the Chiefs to the greatest single-season turnaround in franchise history, winning the AFC West in 2010 by recording six more victories than in 2009. For leading Kansas City to its first division title since 2003, Haley was voted by former players and coaches as the NFL Alumni Coach of the Year.

Prior to joining the Chiefs, Haley was the offensive coordinator for the Arizona Cardinals from 2007-08. In his second season Haley helped the Cardinals win their first division title since 1975 and earn a spot in the franchise’s first Super Bowl (XLIII). Haley’s offense recorded a franchise record 427 points and became the fifth team in NFL history to have three receivers eclipse 1,000 yards in the same season. Haley has also served as an assistant coach for the Dallas Cowboys (2004-06), Chicago Bears (2001-03) and the New York Jets (1997-2000), helping each team earn a playoff berth.

He is the son of Dick Haley, who spent 44 seasons in the NFL including serving as the Steelers’ director of player personnel from 1971-91.

Steelers Release CB McFadden and WR Battle Among Others
Poll: Who Hired Haley – Tomlin or Rooney?