Mike Adams Was Off, Then Back On Steelers Draft Board 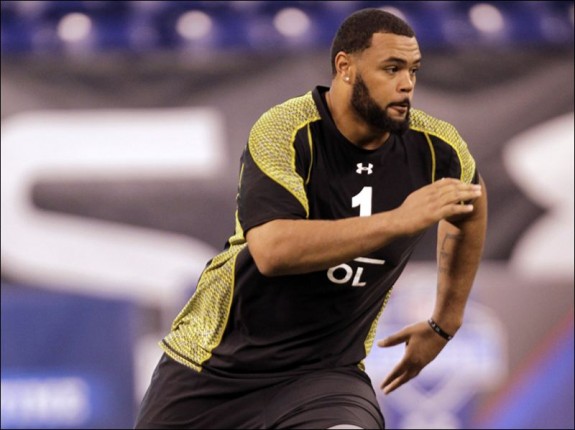 For those that think the Steelers just glazed over the Mike Adams situation with lying about pot, think again. PFT reports that he Steelers had him off their draft board after the story of him lying at the combine came to light, but Adams did what was asked to get back to the Steelers putting him back on their board.

“We were point-blank with him,” General Manager Kevin Colbert said, via the Pittsburgh Post-Gazette. “We said, ‘Mike, you’re off our board.’“

So why did the Steelers draft Adams on Friday night?

“He sought us out,” Colbert said. “He requested a face-to-face with me, Art Rooney and Mike Tomlin, and we presented it to him: These are the stipulations that you have to accomplish for consideration for us to draft you, which the young man did. He met our criteria, met our stipulations.”

Colbert declined to say precisely what those stipulations were, but Adams did enough of the right things between the Combine and the draft that he got himself back on the board. And Adams said he’s thrilled about that.

“I’m just happy to be a Steeler and very relieved that it’s all over,” Adams said. “I love this organization and I’m glad to be a part of it. Ever since I imagined playing in the NFL, the Steelers are the team I wanted. I grew up in Farrell, Pa., and when I was 4 years old my entire bedroom was Pittsburgh Steelers stuff. So it was important for me to reach out to them.”

Steelers Add More to the O-Line with Ohio State’s Mike Adams in Round Two
Steelers Get a Steal? Grab Florida RB Rainey in Fifth Round