Wallace Has Still Not Inked His Tender; No Progress Being Made 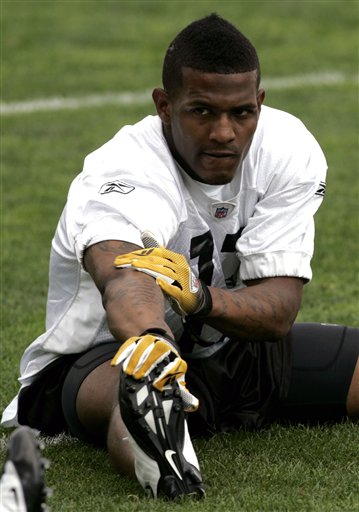 Mike Wallace earlier this offseason received the team’s restricted free-agent tender for $2.7 million dollars. Wallace has not signed the tender nor has he attended any of the team’s offseason practices.

With only about three weeks until the opening of camp, there has been no progress, and, in fact, very little negotiation, toward a resolution of Wallace’s contract situation by the Steelers according to Len Pasquarelli of he Sports Xchange.

It’s a shame that this thing isn’t done already. Wallace is going to have to come in at some point, as there’s no way he will miss the season.

He is going to come in unhappy, but hopefully for the sake of the team and himself, he will play motivated. Bottom line, this thing is a mess, and the Steelers and Wallace have to at some point have to get this thing signed or a new deal done.