Redman Says That Mendenhall Will Start at Running Back Sunday Night 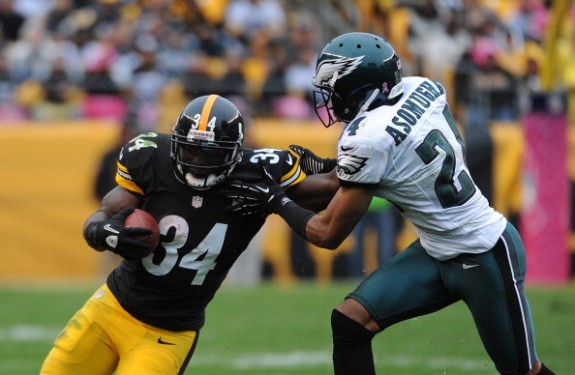 Rashard Mendenhall appears on his way back to the Steelers starting lineup for Sunday night’s huge division game vs the Ravens.

The back suffered an ACL tear during the final regular season game of the 2011 season, missed the first three games of the season recovering from it. He has been out the last four games, suffering from an achilles injury.

Isaac Redman is stating that it looks like Mendenhall will start at running back against Ravens, and it also speaks volumes about how the Steelers are going to go right at the Ravens in the run game.

As it stands, I wouldn’t doubt to see all three backs get carries in the game, limiting Byron Leftwich from having to throw the ball more than 20 times in the game.