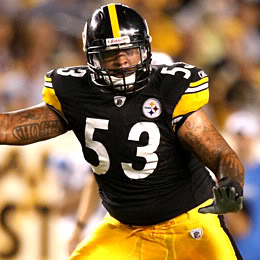 Here is a little back ground on Jack Bicknell Jr. to help us gain a little insight on what changes may come and what he may bring to the Steelers offensive line.

Bicknell was the starting center for Boston College and was part of one of the most historic plays in college football history when he snapped the ball to QB Doug Flutie in the famous Hail Mary play to beat Miami 47-45 in 1984.  Bicknell’s father Jack Bicknell was Boston College’s head coach at the time.

Jack Bicknell Jr. began coaching as a graduate assistant at Boston College. He later coached at New Hampshire with stints coaching the defensive line and offensive line. From 1999-2006 he was head coach of the Louisiana Tech Bulldogs with a total record of 43-52.

Bicknell began his NFL coaching career as an assistant offensive line coach on the New York Giants in 2008 and was part of the 2011 Super Bowl Champions. The offensive line that season allowed only 28 quarterback sacks.

In 2012 Bicknell moved on to Kansas City to become the Chiefs offensive line coach and that line excelled at a high level run blocking. The Chiefs’ ran the ball for an average of 4.8 yards as a team and ranked 5th in rushing in 2012.

Jamal Charles, the Chiefs’ feature running back, had a great year averaging 5.3 yards a carry for 1509 yards and 5 TDS, and the Chiefs played against some of the NFL’s top run defenses such as division foes San Diego and Denver each twice.

The Steelers have tried the past few seasons to improve their running game and line play so you can see why a guy like Bicknell Jr. may have intrigued them.

“Obviously Jamaal Charles is a talented runner but when you look at their tape, there are running lanes. They did a nice job of not only getting hats on hats, but the technique with which they executed those blocks, and the demeanor they displayed individually and collectively in how they finished plays were attractive coaching aspects of the tape.”

The Chiefs averaged 6.9 yards a carry against the Browns, 4.3 against the Bengals, 4.2 against the Ravens and 4.1 against the Steelers. Those are good rushing averages against some stout defenses.

So Tomlin had some good reasons for his choice of Bicknell and it falls in line with the Steelers emphasis to establish a more consistent productive running game.

Bicknell by all accounts is a coach who stresses technique, likes his players smart and well prepared and wants athletic, quick footed players that move well and can make changes on the fly.

Hopefully Bicknell’s fondness for technique and players being well prepared will result in fewer pre-snap penalties, they seemed to plague the Steelers last season.

Bicknell seems to be a big fan of zone blocking schemes and stretch plays. These type of schemes and plays require quick mobile linemen. It’s easy to see how this hire may have spelled doom for players such as Willie Colon, Max Starks, and Doug Legursky, and their future as Steelers while also playing to the strengths of players such as Maurkice Pouncey, David DeCastro, and Mike Adams. Three players that seem to be the future core of the Steelers offensive line .

So you see many changes have taken place with the Steelers’ offensive line and its coaching philosophies. It’s this writer’s opinion that the hiring of Jack Bicknell Jr. was a definite step in the right direction. What’s your opinion???  We would love to hear it!