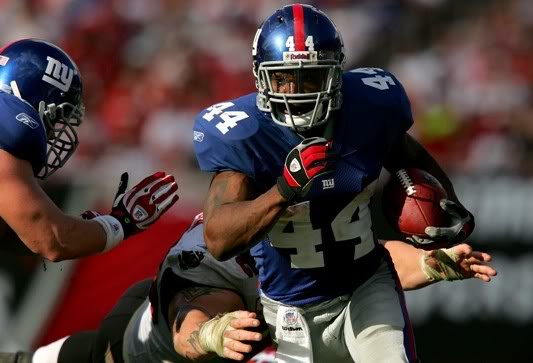 Thursday was a big day for the Steelers. The team met with two free agents. Former Giants running back Ahmad Bradshaw and former Cardinals safety James Sanders. Both players left town on Thursday without a contract from the Steelers. However, this does not mean the team will not be signing one or both of the players.

Bradshaw attended the meeting wearing a boot on his right ankle that he had surgery on in January. Bradshaw, famous for scoring the winning touchdown in Super Bowl XLVI, has had surgery on that right foot three times now. With that being said, Bradshaw played injured last season starting 12 games, but averaged 4.6 yards a carry and over 1,000 yards rushing. The Steelers will meet with Bradshaw in a few weeks to see how his rehab is progressing and if the two sides can start talking cash.

As far as Sanders goes, there is not much news to pass on. The Steelers need depth at a position where they don’t really have any besides their two starters in Troy Polamalu and Ryan Clark. The team met with Sanders, and he also left without signing with the team. However, if the safety were to sign with the team, I believe he would come rather cheap for the minimum one-year deal.  The Steelers are just $2.5 million under the cap, and are doing okay.

With the $5.5 million the team will receive from the Willie Colon release, the team will work on getting their 2013 rookies under contract which I feel they will not have much of a problem doing so. We will keep tracking the Steelers moves and latest news and as always, bring it to you!