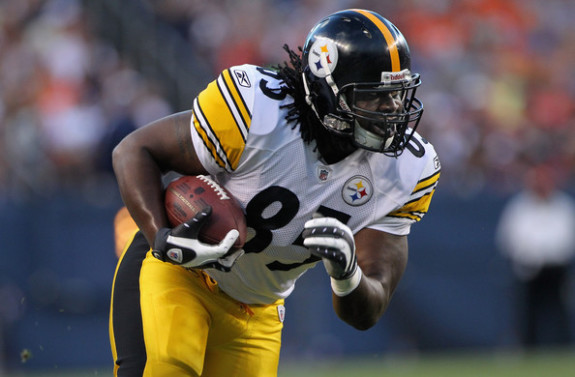 With all the bad news in terms of injuries and what not, the Steelers got some good news on Wednesday with the announcement that TE/FB David Johnson is finally back off the PUP list.

Johnson was removed from the list and right away installed at the tight end spot, a position that has been beat up with the loss of Heath Miller in week 16 of 2012, and an injury in camp to Matt Spaeth, which will keep him out 8 to 10 weeks.

The Steelers TE/FB was sidelined for all of 2012 after suffering a torn anterior cruciate ligament in his right knee.

His return to the team at this moment is critical, just due to the fact it gives the club a veteran option at both TE and FB for the time being until the eventual return of Miller.

Johnson isn’t going to blow anyone away with his pass catching, but he can block, and pass protect as well, which at this point has been a major issue for the Steelers two games into the preseason.